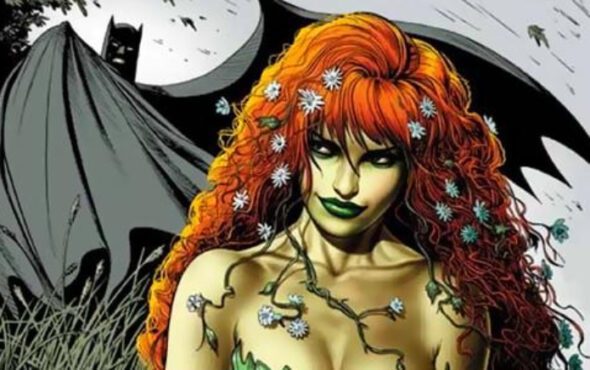 A Poison Ivy live-action solo film is rumoured to be in development, a move that would be wildly popular with fans.

According to Giant Freakin’ Robot, a culture website that has revealed reliable exclusives in the past, the movie is in the early stages of development.

DC Entertainment is reportedly producing it, meaning the supervillain could be joining the DC Extended Universe (DCEU).

The studio has worked on movies including The Suicide Squad and Joker, meaning Poison Ivy’s solo moment would likely see a high quality of production.

Although no concrete details have been confirmed or announced, there has been widespread fan support for Megan Fox playing the role.

The Jennifer’s Body star recently said she would love to appear in a Marvel or DC movie, so she could take the lead part if the movie happens.

Also widely rumoured to be involved is Margot Robbie, who has previously said she would love to see her Harley Quinn character meet Poison Ivy due to their relationship in the comic books.

In some storylines, the pair are romantically involved – which would be a great way to see more LGBTQ+ representation on the big screen.

Poison Ivy is also known as Pamela Isley, a former botany student of Gotham University who sought to change the world for the better.

This attitude changed after a colleague injected various plant toxins into her, creating the Batman villain we know and fear today.

After her change, Pamela used her powers for what she thought was right – even if it went against the beliefs of Batman, the person closest to her.

Bridget Regan was recently cast as the character in the upcoming third season of The CW’s Batwoman.

Regan is no stranger to live-action comic book series, as she previously appeared on the ABC series Agent Carter.

As well as this, she has starred in the limited series Paradise Lost, Jane the Virgin and White Collar.

It has now been confirmed that she will join Batwoman in a recurring guest star capacity, becoming the latest actress to play the iconic Poison Ivy role.

The 1997 film Batman and Robin saw Uma Thurman play a live-action version of Poison Ivy, with several actresses playing her in the Fox series Gotham.