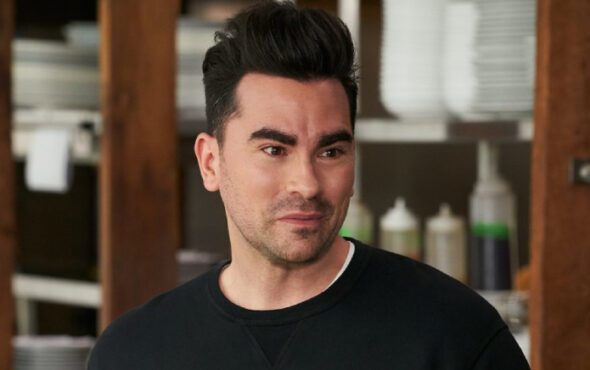 Dan Levy has opened up about his untitled Netflix romantic comedy in a new interview.

Over the last few years, the entertainment industry has seen an influx of LGBTQ+ movies and TV shows.

From Heartstopper and Young Royals to Fire Island and the upcoming film Bros, the inclusion of queer media is showing no signs of slowing down.

Now it looks like another LGBTQ+ rom-com is on the way, and it’s from the beloved Schitt’s Creek star Dan Levy.

In an interview with The Hollywood Reporter, the Happiest Season star revealed that he loved the script that wrote for the project.

“It was really rewarding and, in the end, so exhilarating. I love what I wrote, which is a very rare thing,” Levy said.

Levy went on to say that he has “high hopes” for the feature but revealed it’s still in the early development stage.

“I love genre and I’m a film student. I love the idea of seeing what I could do with a genre and in this case, I thought, ‘What would my idea of a rom-com be?'” he told the publication.

Towards the end of the interview, Levy revealed that the upcoming project would also have significant themes of friendship.

“It ended up having more to with friendships in your 30s than actual romantic relationships. What would a love story look like if it was really about a group of friends in their mid-30s? The clarity that comes with age and the time you’ve spent with these people,” he said.

“Sometimes we have people in our lives, decades-long friendships, but we know very little about them because the closeness and the intimacy of those relationships is so comfortable that we don’t ask the big questions or investigate them in the way that someone that you meet for the first time might feel inclined to. There’s romance in the movie, obviously, but really it’s a love story about friendship.”