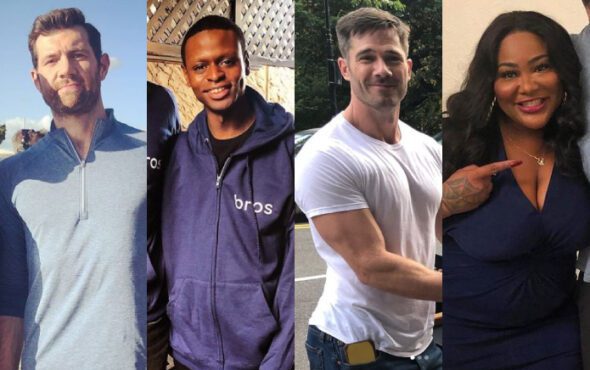 Billy Eichner’s upcoming movie, Bros, has wrapped filming and is set to make history when it hits the big screen in 2022.

In an Instagram post on 8 November, Eichner confirmed that Bros had wrapped filming just a few days earlier.

“And that’s a wrap on BROS! We made a whole f***ing movie,” he wrote. “We finished shooting late on Fri night. Much more will be said in the months ahead but this was a very meaningful experience for me in so many ways.”

Eichner thanked those working on the film, including its “historic cast” which includes the likes of TS Madison, Miss Lawrence, Guillermo Diaz, Guy Branum and Drag Race winner Symone.

“So for now I just want to say a heartfelt THANK YOU to a very hard working crew and production team and a truly wonderful, warm, hilarious, historic cast,” he continued. “Everyone worked so hard and cared so much about the movie. It means the world to me. I am very lucky and very grateful. This movie is a long time coming.”

“I can’t wait for everyone to see it. I hope it’s worth the wait. I think it will be. Extra special thanks to @nicholasstoller @juddapatow Josh Church and @universalpictures! SEE YOU SOON!!! #bros,” the American Horror Story star added.

Bros is currently scheduled for release on 12 August, 2022 by Universal Pictures.