We’ll be taking inspiration from these collections from LFW20 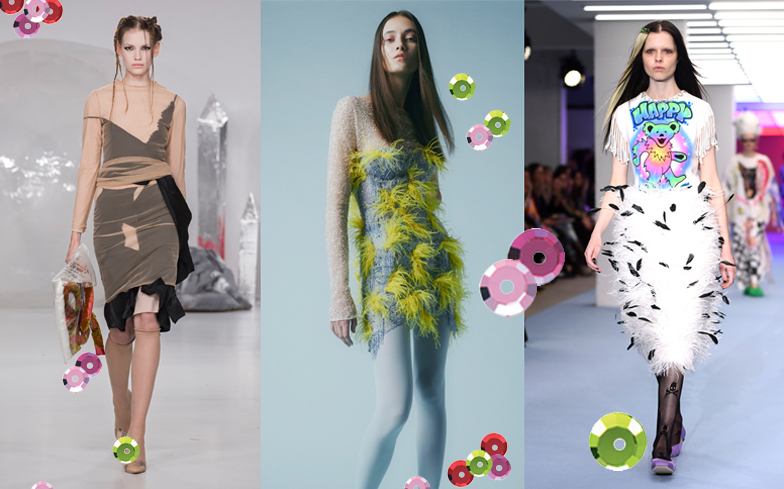 Women’s fashion week is just another excuse to feed our sartorial addiction.

Taking  inspiration from her upbringing in the early 00s and referencing the mood and aesthetic of fashion editorials and campaigns from that era, Roberta Einers kicked off the schedule with a 10 piece collection.

After seeing Billy Porter slay the game over awards season in looks that are anything but minimal, we’re not scared of a little embellishment when it comes to dressing. Take inspiration from Roberta Einer when it comes to colour combinations, strong suiting and the ever present need to embellish.

Proportion was paramount this season at Ashley Williams, with everything extra your gay little heart could desire – and tulle, diamante and feathers were the order of the day. Pieces were up-cycled and reworked with the help of artist Clair Barrow.

We’ll be taking inspo from Ashley Williams this season when it comes to reworking older pieces. Old printed tee’s are up-cycled to create neon punk inspired pieces, plus one of our favourite parts? Eye bags in a morning? We’ll just be painting a bat on our face, sorted.

This season’s muse at Underage is ‘a futuristic time traveller, transported to a new dimension, unable to let go of her tangible memories’, with a collection that aims to represent the half way point between Earth and another dimension.

We’ll be taking inspiration from Underage when it comes to dimension; from the extra-long, super wide leg trousers that accompany a cool white shirt, to the oversized vibe of the mens and women suiting. Not forgetting the sheer fabrics we’re every so slightly obsessed with, which we’ll style out before it gets to winter – we’re just glad we know about it now #SummerBod.