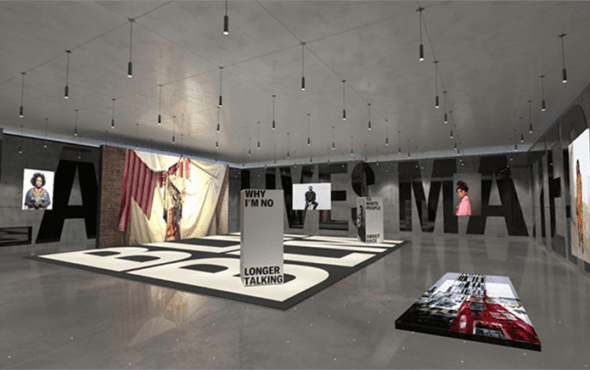 2020, a life-changing year for humanity as we knew or at least, as we thought we knew.

Protests, pandemic, crisis, and climate change are just some synonyms of what this year will be remembered in the next centuries. In line with the Black Lives Matter protests, the fashion industry has recently started to heal its wounds of a lengthy white privileged environment, after decades of offering a trendy superficial vision on Black identity in the entire world.

No amount of donations, performative support, and lip service could cover centuries of slavery, dehumanisation, and deaths. What we need now, are concrete steps towards institutional change. As protestors take to the streets, NAMESldn has decided to take action by creating an essential, virtual educational toolkit for the fashion world.

“At the dawn of a new age, we believe fashion has to evolve to move forward,” claimed Richard Thornn, co-founder and creative director of NAMESldn.

Launched last month on NAMESldn official website, the digital Black Lives Matter showroom will remain open to the public with no closing date. “Unraveling centuries of systemic racism will require staying power and everlasting shelf life for racial education.” The digital showroom gives voice to real advocates and evangelists who are fighting against racial injustice.

The 4D room hosts a wealth of books, films, and artworks awake that spark urgent conversations around cultural identity on the runway.

Moreover, hand-picked displays by the NAMESldn team feature books including “How To Be An Antiracist” by Ibram X. Kendi and “Why I’m No Longer Talking to White People About Race” by Reni Eddo-Lodge, among an exhaustive line-up of resources.

Clickable donation links for “Stand Up to Racism”, “Ethnic Pay Gap”, “The Black Curriculum: Black British History in schools” and more organisations in addition to petition links are embedded in the room.

“There is a constant drain of energy which might be better used in redefining ourselves and devising realistic scenarios for altering the present and constructing the future.”

“We need a movement free of labels. We need to protect and uplift all black lives.”-  so the NAMESldn team is giving its platform to those who can. It’s a hard pill to swallow that fashion capitals sit in countries founded on the suffering of many. “We must be action-based and commit to the unwavering demand for change.”