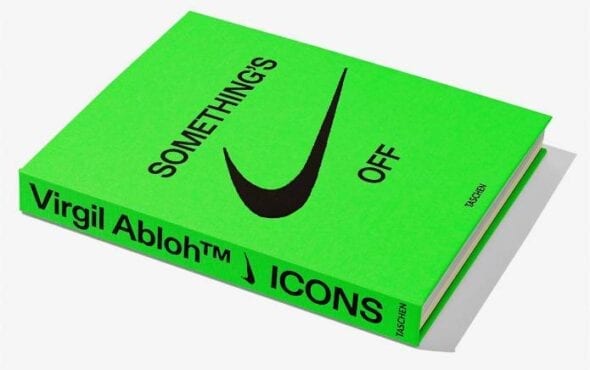 Taschen, the powerhouse publishers behind the most revered art books, team up with designer Virgil Abloh to release a limited edition book ‘Virgil Abloh. Nike. ICONS.’ to celebrate the designer’s work with Nike.

Virgil Abloh’s triumphant collaborative relationship with Nike began back in 2016, when he was tasked to reimagine ten of Nike’s most classic shoes. The project titled The Ten saw icons like Air Jordan 1, Air Max 90, Air Force 1, and Air Presto, among others, reworked, remixed and reinvented. They successfully reinvigorated sneaker culture.

Utilising his degree in Civil Engineering, from the University of Wisconsin-Madison, it’s clear key craftsmanship and technical imagination was injected and projected onto the sneakers. Drawing on the genius of the original shoe using lettering, ironic labels, collage, and sculpting techniques, Abloh plays with language and sculptural elements to construct new meaning.

Inspired by the wit of Dadaism, architectural theory, and avant-garde happenings, he analyses what makes each shoe iconic and deconstructs it into an artistic assemblage, making each shoe into a piece of industrial design, a readymade sculpture, and a wearable all at once.

The book takes a behind the scenes look at Abloh’s DIY approach, which gives each model in the Off-WhiteTM c/o Nike collection its own unique touch. The first part of the book presents a visual culture of sneakers while a lexicon in the second part defines the key people, places, objects, ideas, materials, and scenes from which the project grew. Texts by Nike’s Nicholas Schonberger, writer Troy Patterson, curator and historian Glenn Adamson, and Virgil Abloh himself frame the collaborative work within fashion and design history.

Preorder the book now at Flannels.com 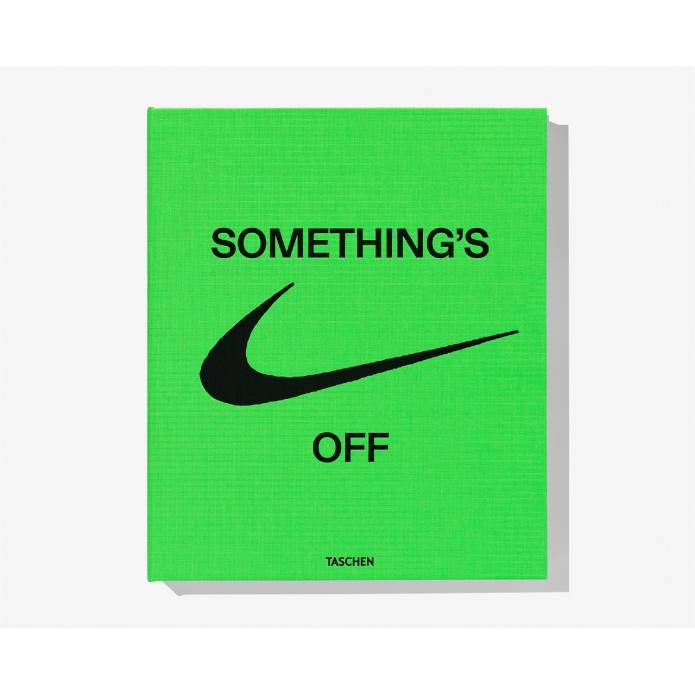 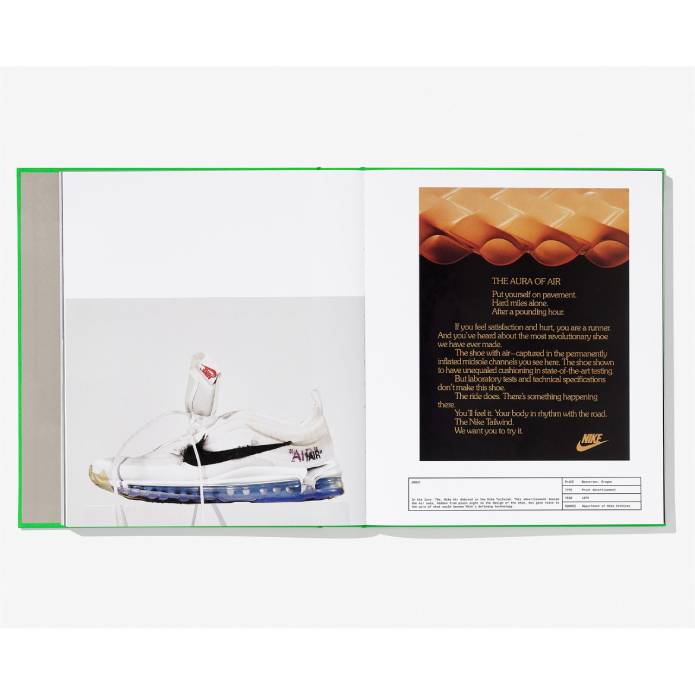 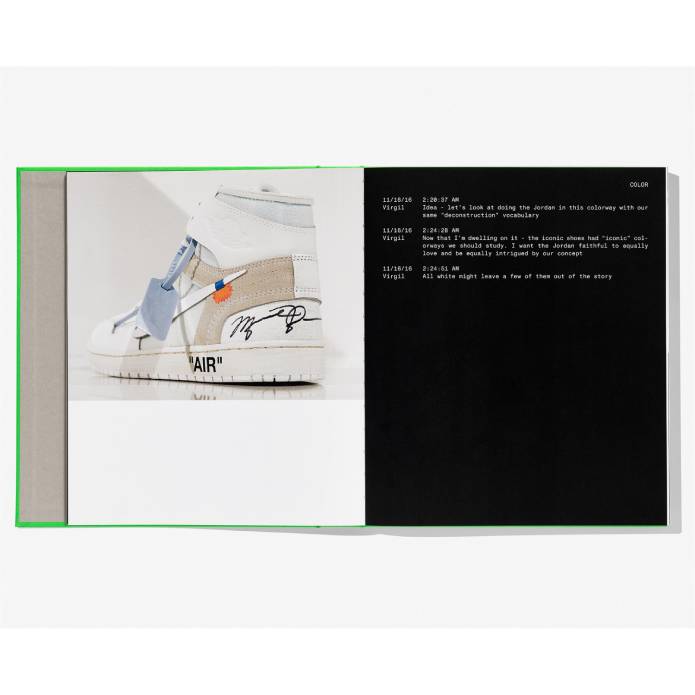 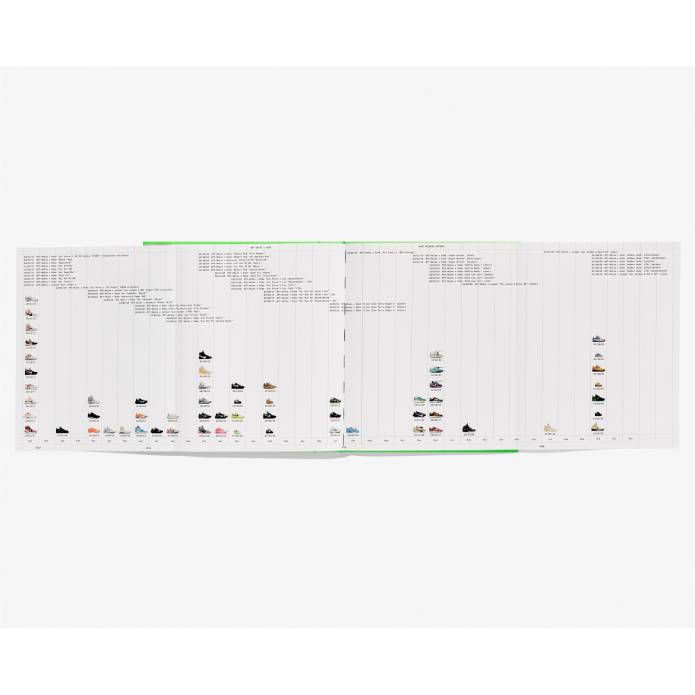