The LGBTQ+ community has never limited itself to the gender expectations imposed by society. 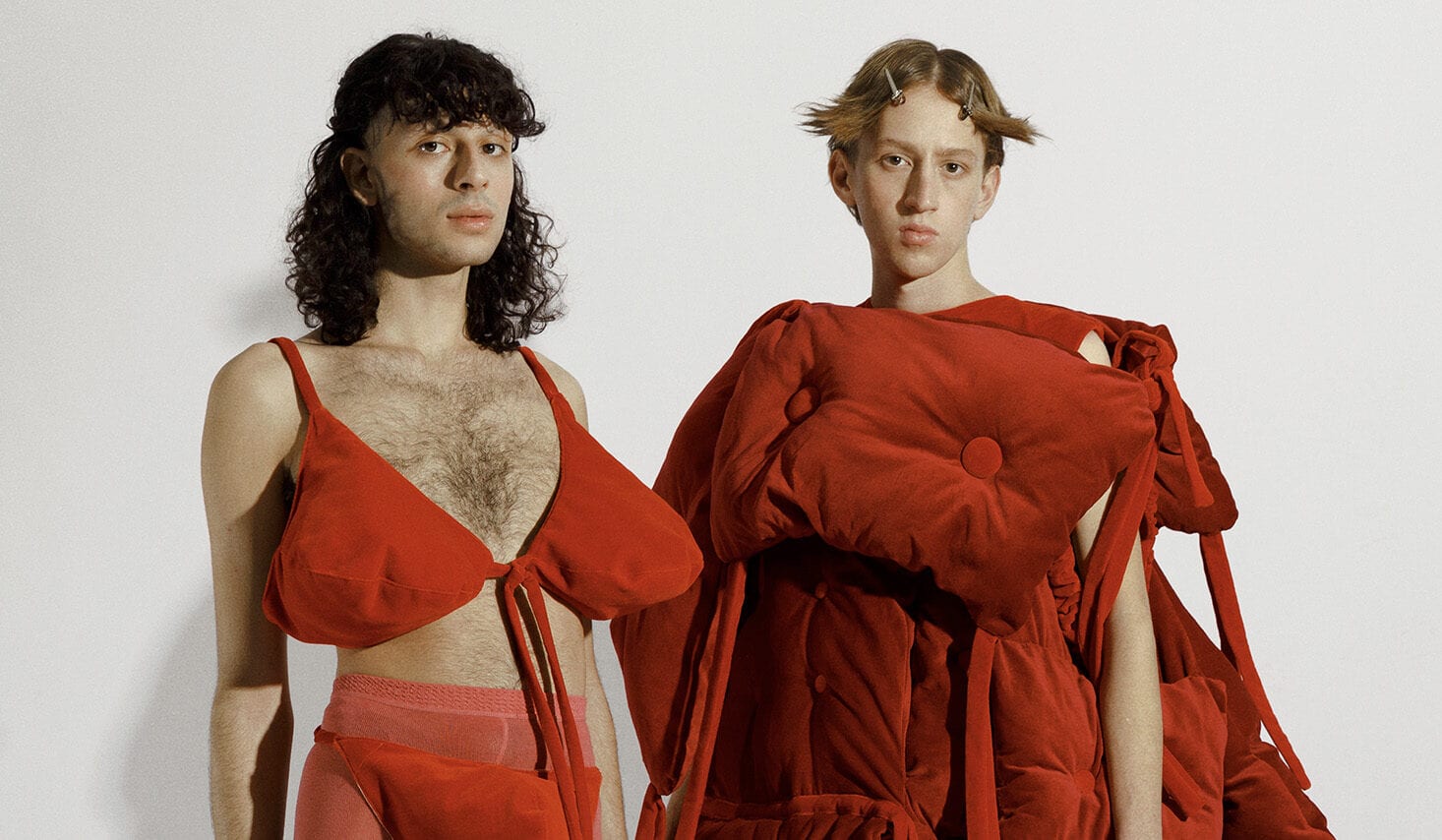 The last decade has seen a period of transition towards what could be considered the most genderless era in the history of fashion. Although browsing through books and magazines it is possible to identify garments and looks from the past totally dissociated from today’s gender expectations, it would be anachronistic to attribute them genderless status, as certain garments that today we read as feminine, belonged in that time to the male wardrobe.

One of the phenomenons that paved the way to this genderless presentation is primarily the growing interest of men in fashion – a trend captured early by the houses of the industry that invested in the development of men’s collections to make sure that they are as well cared for as the women’s. Meanwhile, streetwear rose as the trend of the decade bringing men closer to fashion.

Historically, the LGBTQ+ community has never limited itself to the gender expectations imposed by society. However, people who decided to live their gender identity or sexuality freely were often cut off and marginalised, which served as a catalyst for the emergence of trends often covered by a camp aesthetic that has become a hallmark of LGBTQ+ culture.

The conquest of LGBTQ+ rights in the West freed gender dissident people from the ghettos who began to be part of civil society and influencing the mainstream style. Once they began to star in powerful campaigns it generated two effects: on the one hand, liberation of the society of binary clothing expectations and, on the other, empowering the LGBTQ+ community that identified with these identities and felt freer to express themselves.

That said, what we can affirm is that currently genderless fashion represents a hallmark of the era, since it is the first time that men and women consciously flee from dressing in accordance with social norms that only limit the possibilities of expression. There is a general reversal of the factors that have long determined the masculine or feminine character of clothing. Now women seek mostly comfort and men resort to as many devices as they can to express themselves.

The best of all this is what is found in the middle: designers and brands that had already emerged without gender markers and that were born in a period in which these differentiations simply serve as a reference to create garments that do not understand masculine or feminine.

Spain is one of the most fertile territories for the cultivation of a genderless aesthetic. Palomo Spain is one of the main references of the movement at a global level. The Cordoba based designer revolutionized the world of fashion with his Chicos Palomo and won over global celebrities such as Beyoncé and Rita Ora.

Another prominent designer is the creative director of the Spanish brand Loewe, Jonathan Anderson, who has produced exquisite work for the brand over the past few years through the valorisation of craftsmanship and genderless aesthetics, as well as through the many tributes he makes to icons of the LGTBQ+ movement past.

Below we present some young Spanish fashion designers who have developed their collections beyond binary concepts, explaining what masculinity and femininity represent for them in their creative processes: 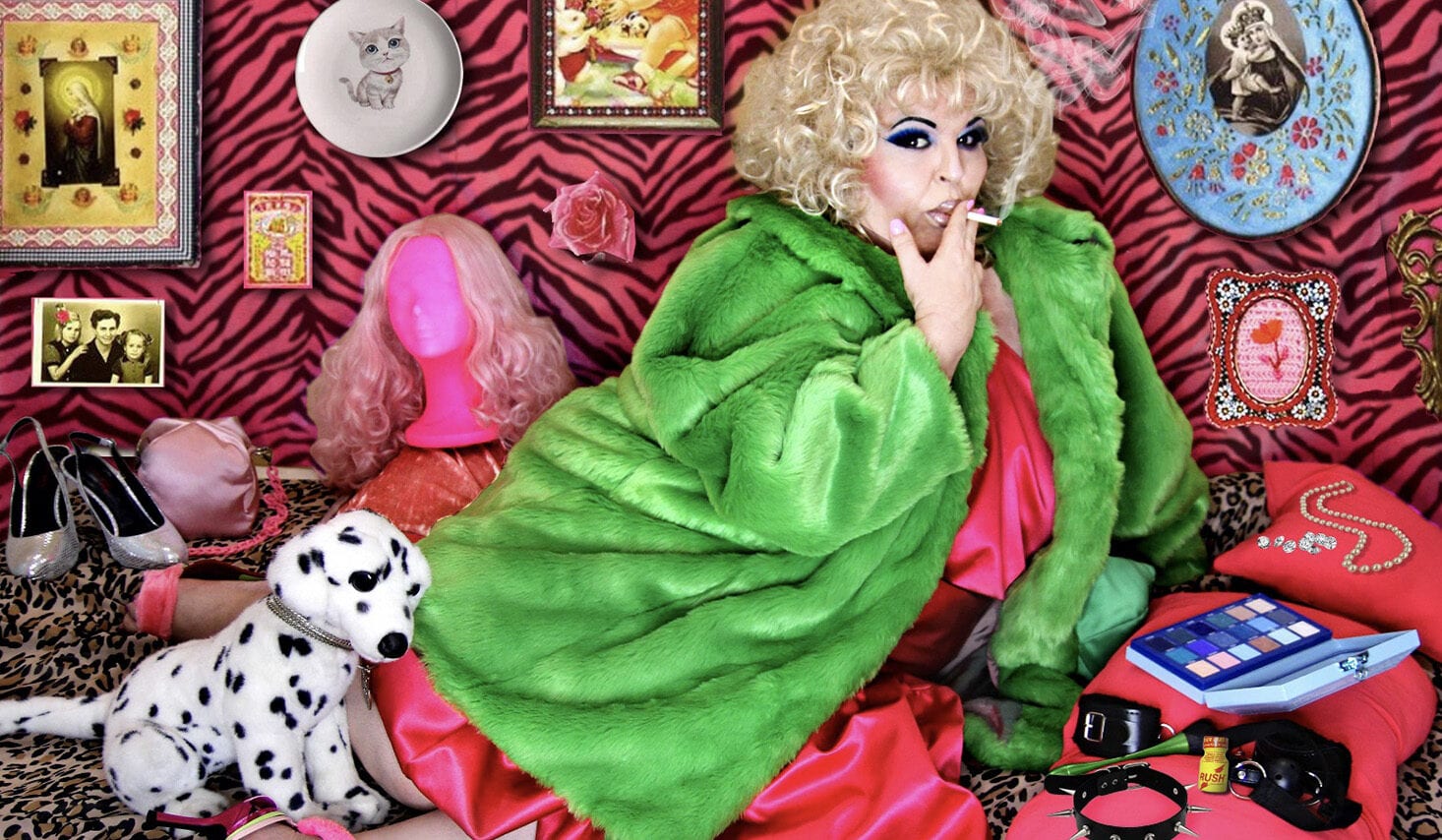 “The vision of our brand when it comes to gender is its dissemination. We firmly believe that the only way to destroy gender differences is by eliminating gender. To do this through fashion we create images of queer and drag aesthetics, which are movements closely linked to our brand. All these themes are also a source of inspiration for us and are always present when designing. We have also decided that all the models we work with are non-binary people, queer, trans, drag queens, and people outside the norm – instead of using normative bodies and beauties. All this forms part of the brand identity that revolves around the theme of gender and the new awakening that we are experiencing at the moment regarding this issue is also reflected in the garments and in the design of the collections.” 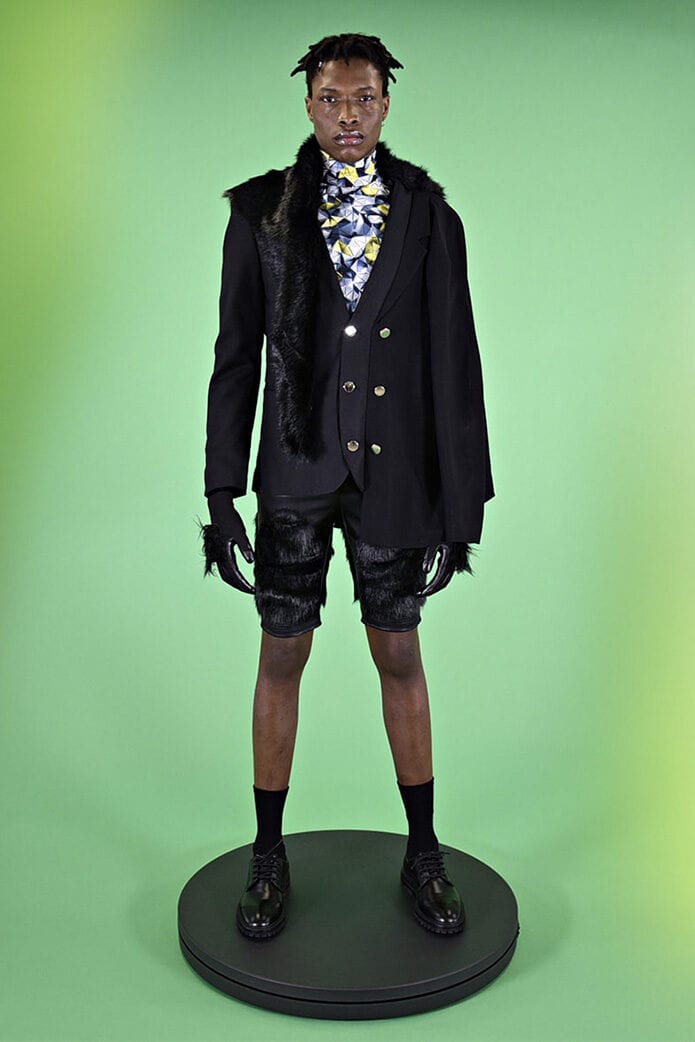 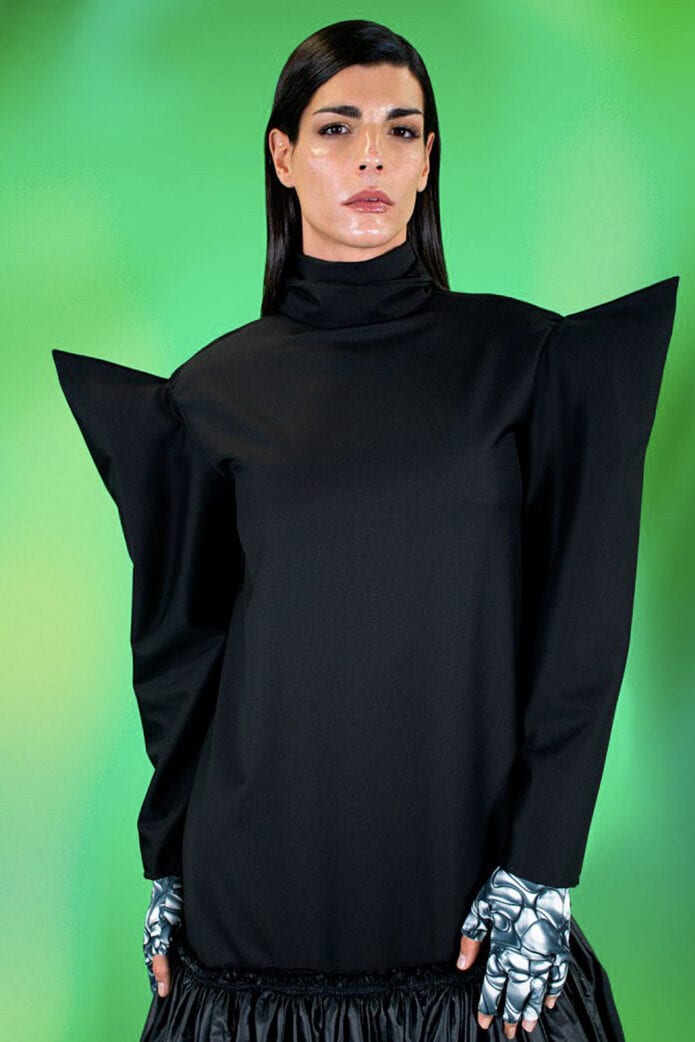 “Addressing the gender issue is not an easy task. Even less so in an industry such as fashion, which requires taking into consideration different perspectives and meanings around this topic. MARLO STUDIO is a young and recently created brand. Like any young person, they are in the middle of a learning process to discover their own sexuality. Our designs and imagination evolve just as people do. It is part of the process. But, today, we can firmly affirm that one of our main strengths is a firm commitment to the disintegration of the gender.

“When designing, we do not think about the subject that will end up wearing a certain garment. Neither in a specific role, nor in certain characteristics. All of our energy goes to creating something new. We do not stick to the neutral gender, but we aspire to forge a brand in which the different garments adapt to each and every one of the existing options. And to the new meanings of the gender that may arise in the near future. Together we will achieve a fully egalitarian society, in which gender does not lead to segregation and discrimination.” 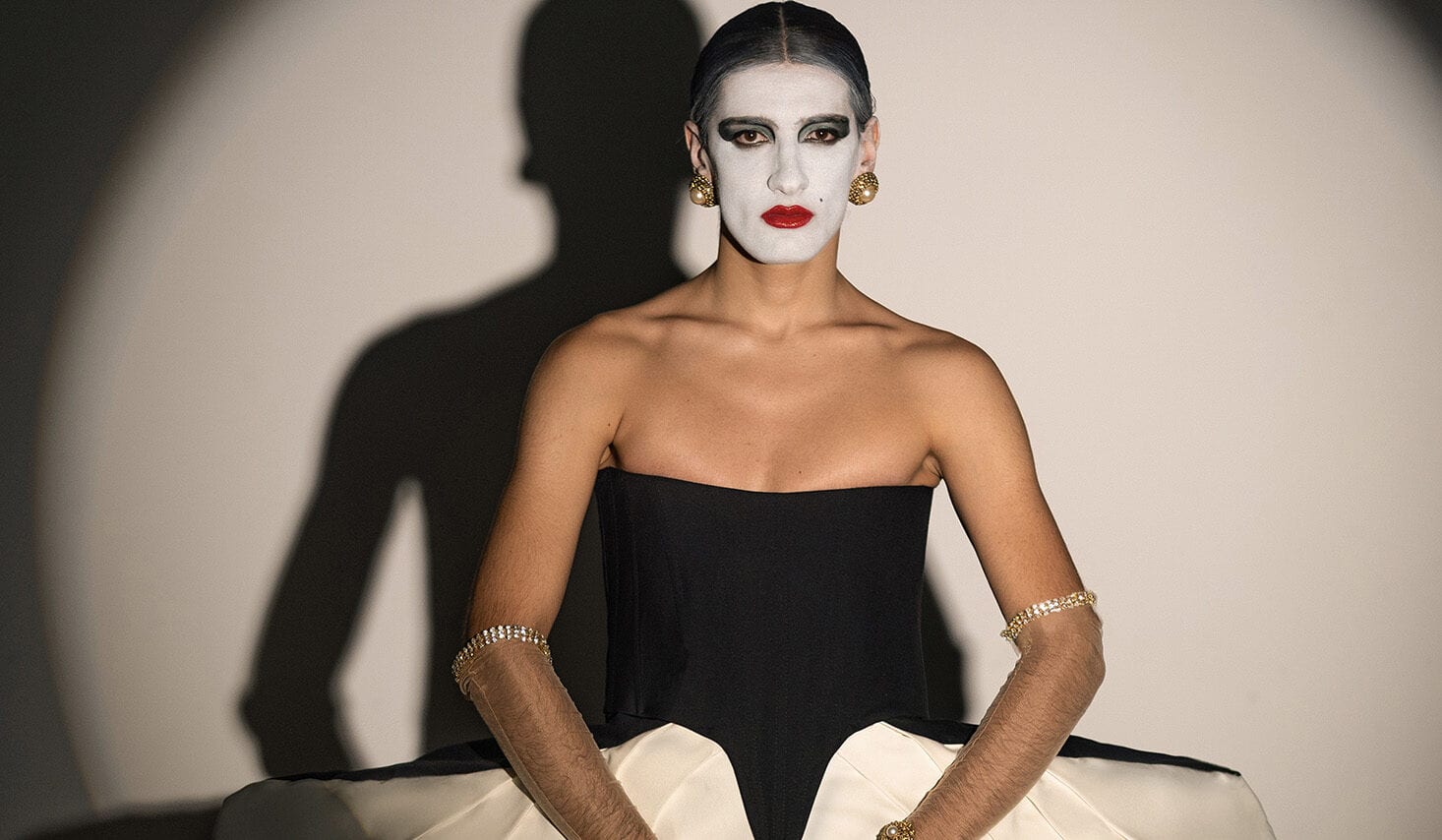 “What I seek to create through Pellicer is a universe in which everything counts through beauty and mystery. So that, within that freedom, each one is free to choose the lights and shadows on which to project. So I envision the Pellicer man as someone with multiple versions of himself. These versions are balanced at his own convenience, sometimes approaching masculinity or alternatively, femininity.” 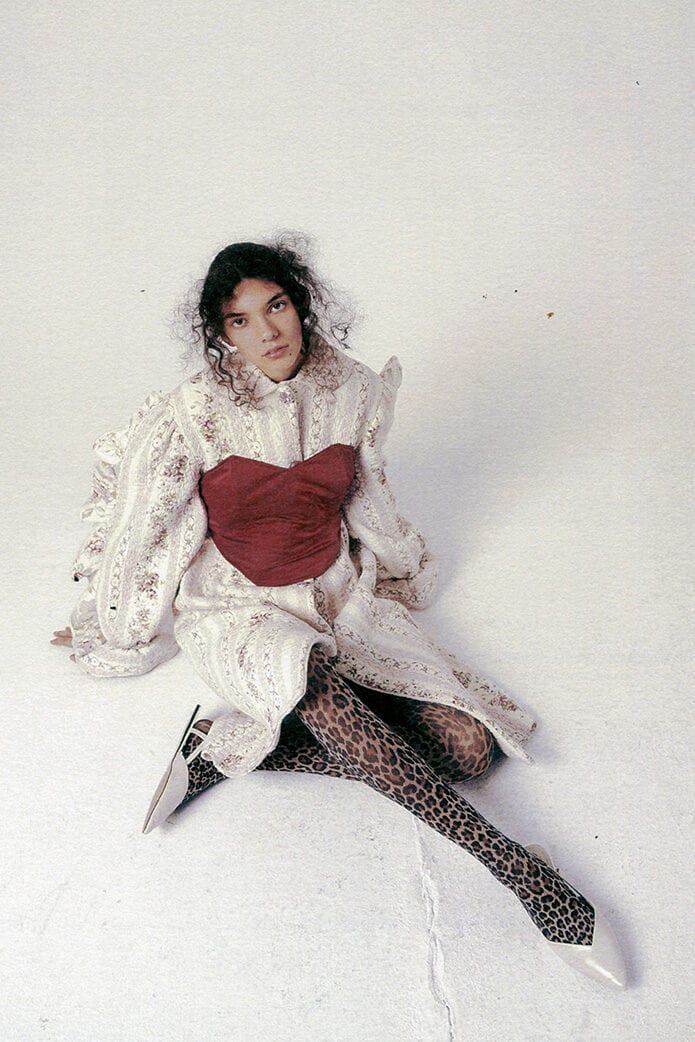 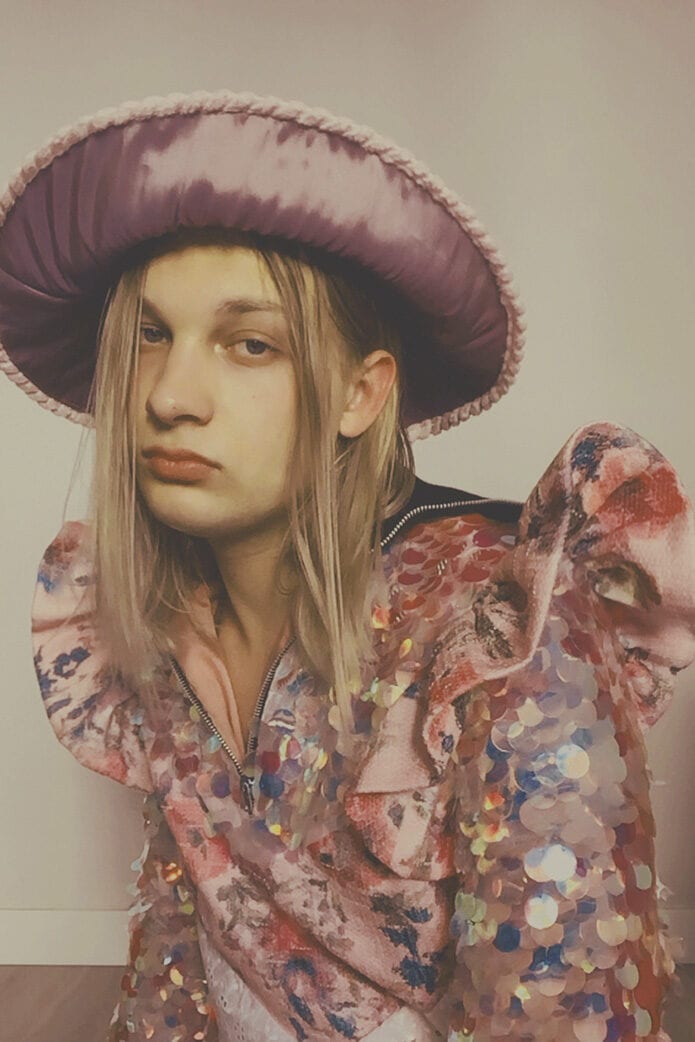 “Fashion is a reflection of each and every one of the events and social changes that occur. It is something significant about this small progress, that more and more of us are betting on genderless, mixed catwalks or curvy models as a form of vindication. Personally, I never associate clothes with genders, so the options could be multiple. Masculinity and femininity is a pattern of conduct and is not determined by a garment. The problem is that we have normalized and internalized rules that have always been imposed. However, men’s fashion is evolving and other models of masculinity that do not meet current standards are beginning to be valued (through some minorities). We design the garments for people and not for a specific sex. In addition, they are oversize so that all types of silhouettes feel good within them. We like marginalised people.” 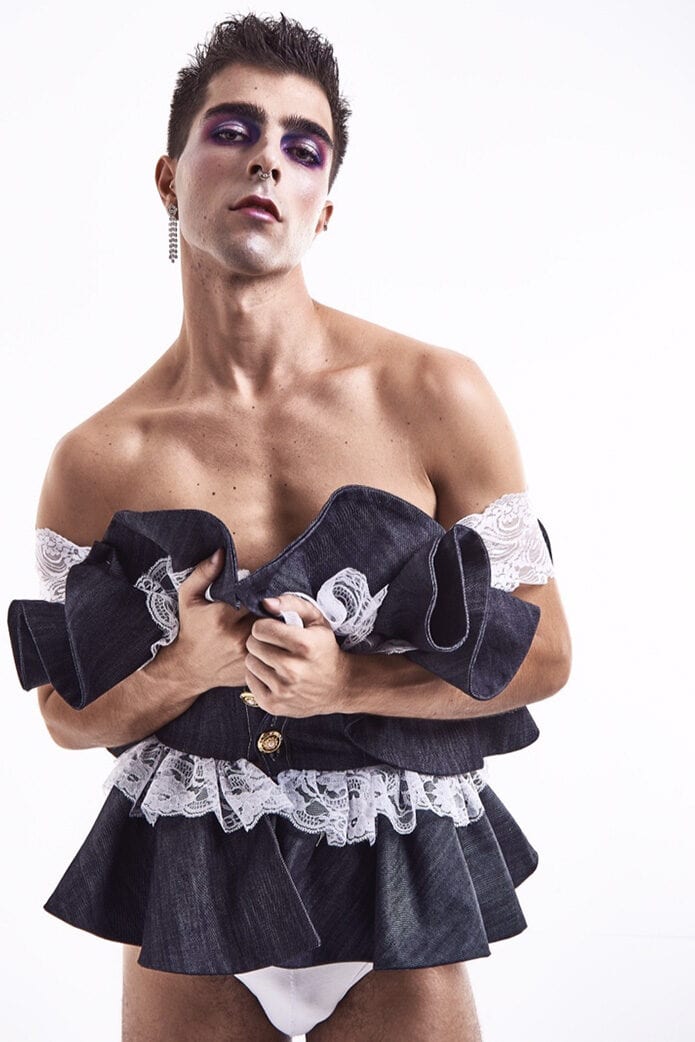 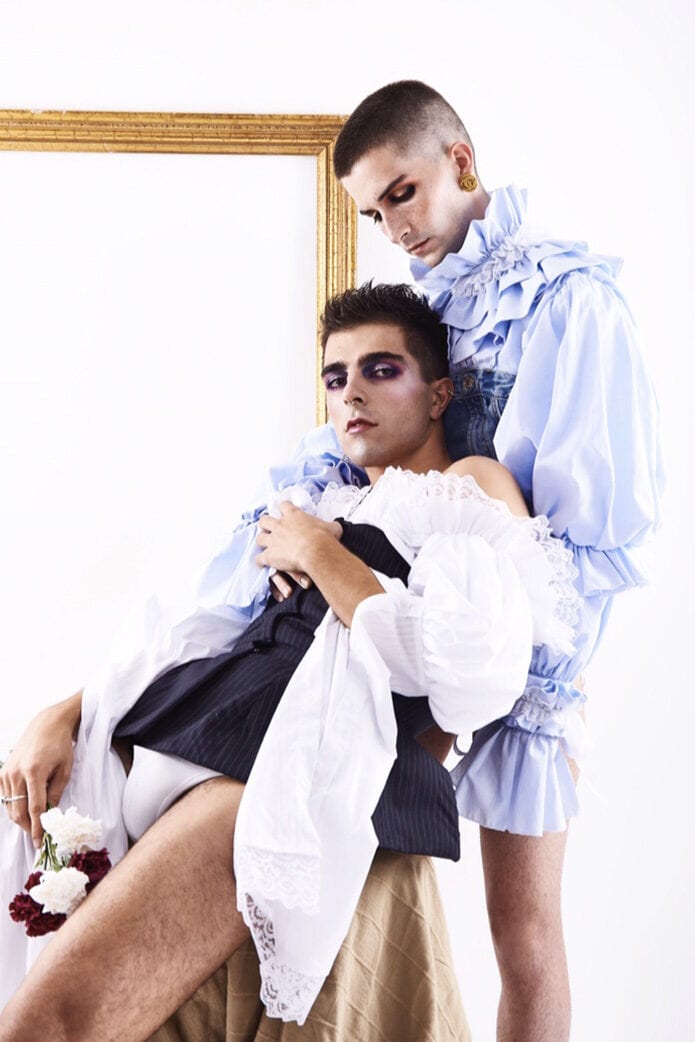 “Unfortunately, society has implemented, over time, a series of types of garments, accessories and colours to differentiate between genders and even in certain cases submit them. From my humble point of view we are in a fabulous moment to break with all those implanted barriers since fashion does not have to separate, but can unite. Fashion allows us to express ourselves and that is what must be offered to today’s societies, means of expression.” 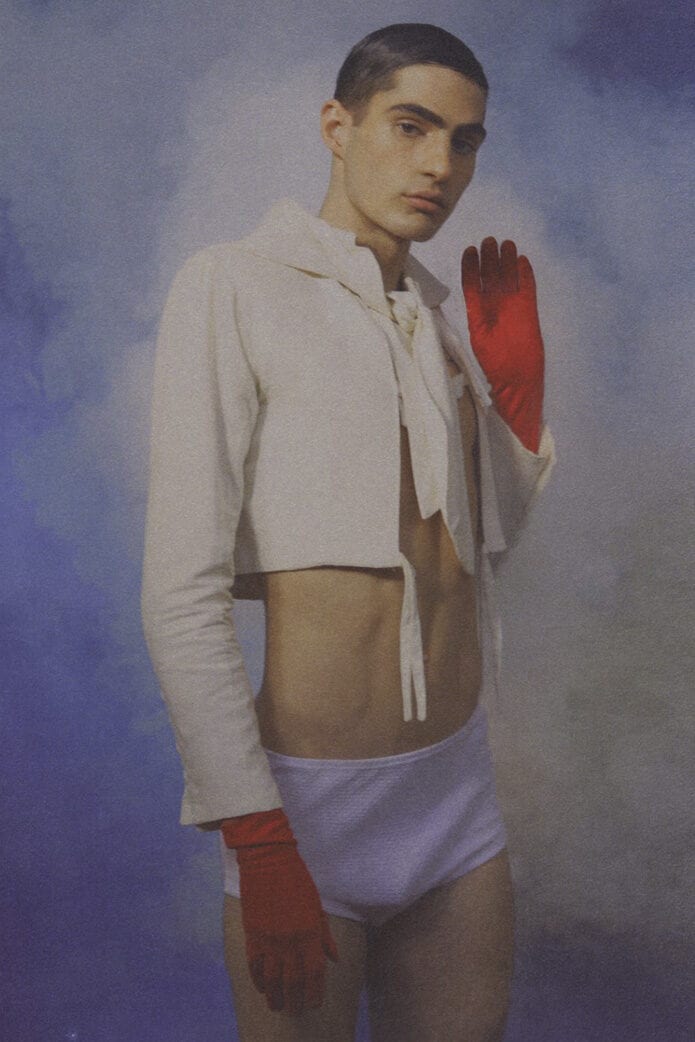 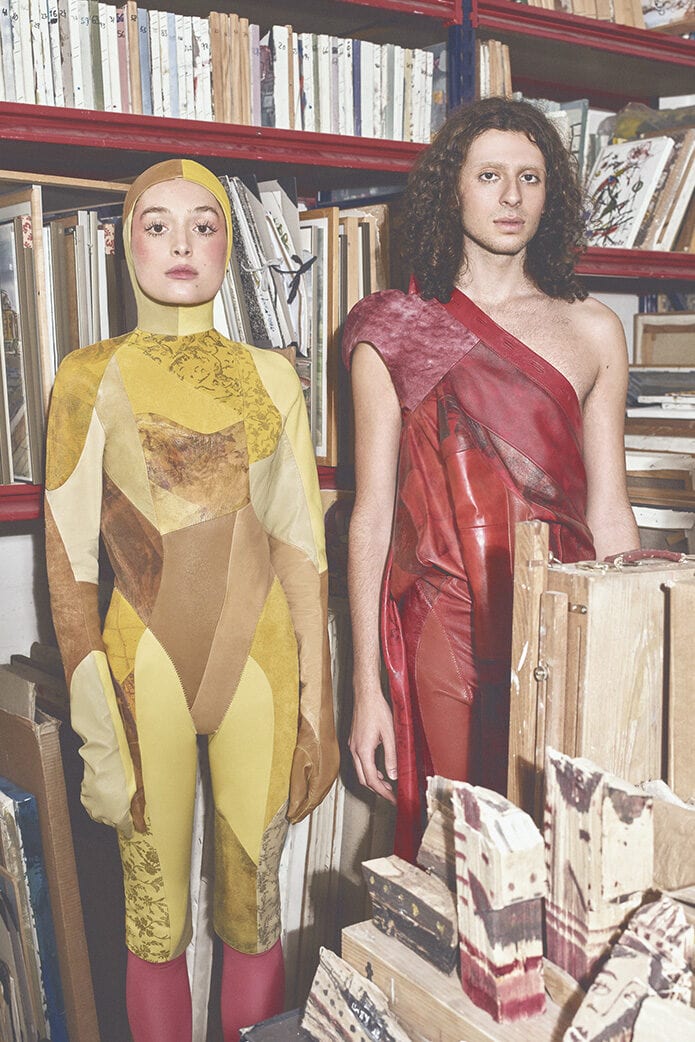 “It seems very important to me, especially in the creative community, that things have a message. The fashion industry, a world from which we nourish ourselves, tends a lot to frivolity. However, I believe that now, more than ever, it is time to speak out, to vindicate, and to give a social message to our creations. From Alvaro Mars we have this very present, fashion is our tool to expose our concerns visually. We work with muses, regardless of the gender or condition of the person. We want our garments to be free from prejudice and to be able to dress a person who dares beyond the established. Challenging gender roles is one of the values that the brand champions, and it is our grain of sand to support all kinds of people regardless of their nature and to end all those norms that have been imposed on us.” 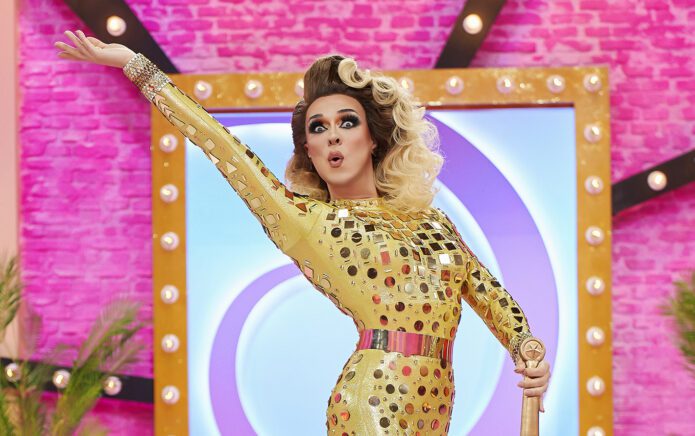 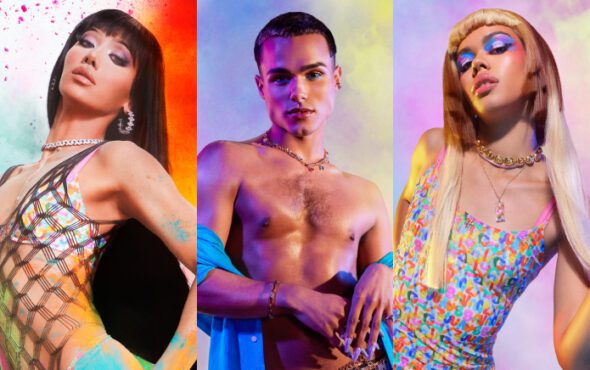 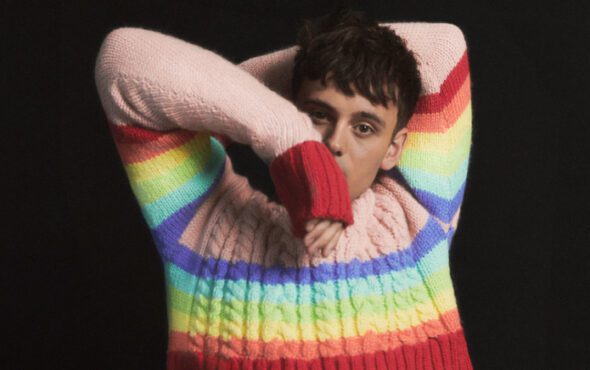 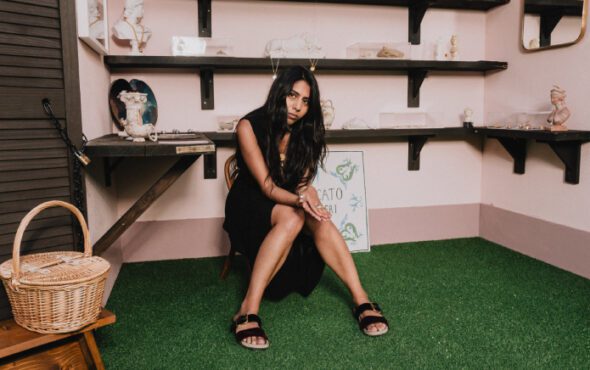 Alighieri transform the Television Center for a summer of magic