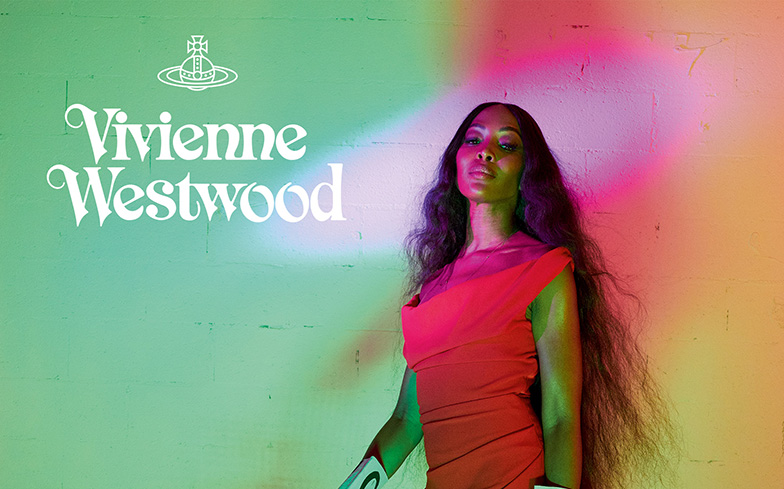 Taken in the 18th Arrondissement of Paris, the Vivienne Westwood SS20 campaign features model and activist Naomi Campbell and model Kandioura Fissourou shot against a neon lit white space and on the backstreets of the city.

“It’s taken 33 years to do a Westwood Campaign and I’m so happy to be doing it in my 49th year. It’s meant to be when its meant to be…” Naomi Campbell.

Vivienne Westwood and Andreas Kronthaler also strike a pose alongside Naomi in the campaign.

“When I design clothes they always have to have a story and when somebody shoots me in our clothes I always have to have that story in my mind. I’ve been reading Mythology – for this it was like we were on our way to paradise and we were all going to change from fish into birds…” Vivienne Westwood.