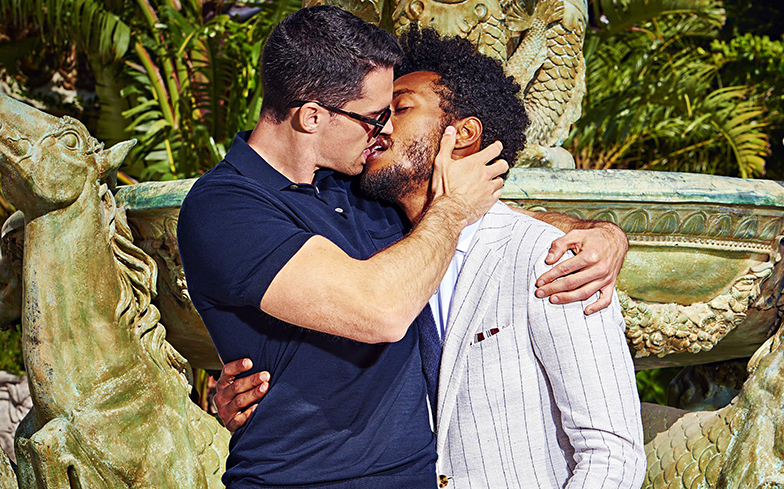 Last month, Suitsupply, a global men’s tailoring brand founded in 2000 by Fokke de Jong in Amsterdam, unveiled the visuals for their Spring/Summer 2018 campaign, and it put the spotlight firmly on gay male couples.

The campaign is on display in nearly 100 stores across 22 countries, and is currently at the forefront of their website, which Jong admitted could have a “negative impact” on business in locations where LGBTQ people aren’t accepted. However, we don’t think Jong expected the backlash to take place in his home country of the Netherlands, where LGBTQ rights are among some of the best in the world.

For instance, same-sex sexual activity was legalised in the country back in 1811, while the Netherlands became the first country in the world to allow same-sex marriage back in 2001.

But about an hour outside of Amsterdam, in Vlaardingen, a vandal covered the mouths of the kissing men with black tape. Elsewhere in Groningen, the couple’s entire faces were covered in yellow tape.

Suitsupply have confirmed that their adverts have been vandalised up and down the country, with some of the images ripped from the bus shelters they were being displayed in.

It serves as a timely reminder that while LGBTQ people in Western Europe have more rights than ever, the fight for equality is far from over.