Human Up! Munroe Bergdorf is the face of a new genderless makeup line 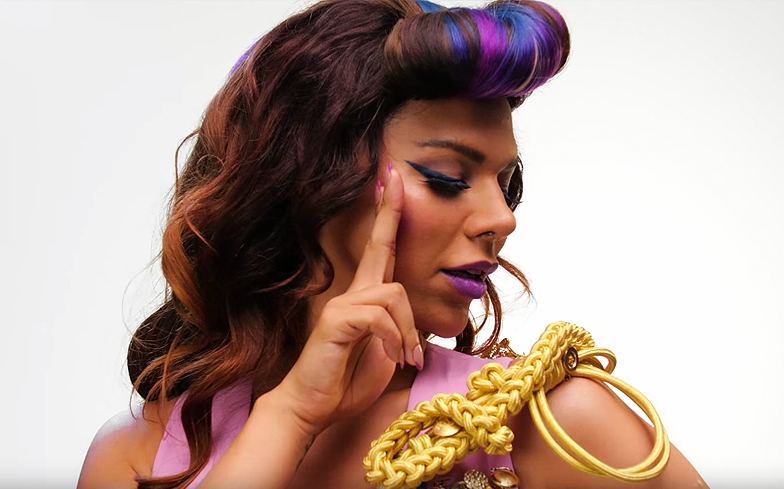 Illamasqua have launched a brand new line of genderless makeup.

Munroe Bergdorf and Rain Dove are just two of the faces to front the campaign, which is being used to showcase the new range and sees them “celebrating without chromosomes”.

Speaking about her inclusion in the campaign, Munroe Bergdorf wrote: “People are obsessed with gender because is all that we know, it’s what is drilled into us at an early age.

“So once we start to let go of that, why can’t we challenge all of these things we’re told? They don’t matter.

Related: 11 questions with Munroe Bergdorf: The LGBT+ trailblazer and activist defying your limitations

“Once we start putting less importance on gender, we can start having fun with it, and it just becomes a lot more freeing.”

Rain Dove added: “When people try to make others live a certain lifestyle just because they’re born with a specific genitalia and assigning them with duties and obligations, even sexpectations; it’s dangerous and it’s limiting. It’s not the label, it’s the limitation.”

Munroe Bergdorf was L’Oreal’s first transgender spokeswoman before she was dropped earlier this year after The Daily Mail ran a story taking her comments out of context regarding systemic racism.

“Racism may be a jagged pill to swallow, but I suggest you force it down quickly if you want to be part of the solution,” Munroe said at the time.

“Doing nothing, does nothing and solves nothing. Empowerment and inclusivity are not trends, these are people’s lives and experiences.”

The model and activist has been shortlisted for the Kaleidoscope Trust Gay Times Honour for Future Fighters at this weekend’s ceremony, which will be held at the National Portrait Gallery in London.