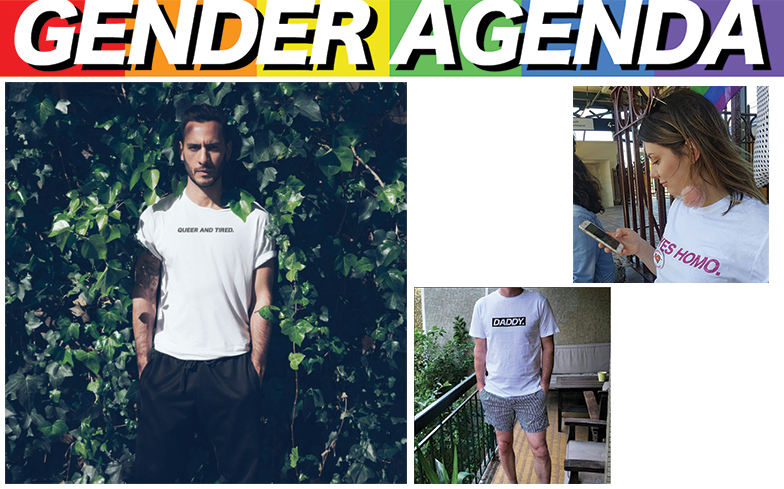 Last Thursday, Australia took a monumental step towards equality when the results of the plebiscite were announced, indicating that 61.6% of participants were in favour of marriage equality.

While responses to this have ranged from marriage proposals, celebrity reactions and generally overwhelming emotions, the most fashionable response is definitely from Gender Agenda.

Gender Agenda is an LGBTQ owned and operated streetwear brand who’s aim is to reclaim traditionally negative labels through fashion.

“In wearing Gender Agenda we hope to create a visual network of kinship through positive recognition of identity that is normally quite invisible.”

Not only that, but 35% of all profits will be donated to a queer charity of your choice! Check out our favourite picks below, and make sure to get your hands on yours before stocks run out!