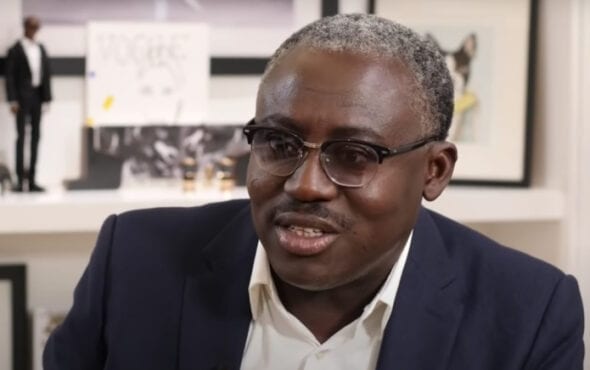 “I am so honoured to take on this new role.”

Edward Enninful is making history at Vogue yet again.

The 48-year-old trailblazer, who became the first Black editor to head an iteration of the fashion publication in 2017, has been appointed as Vogue’s first European editorial director.

The new position cements Enninful as one of the most powerful gay men in fashion.

According to a statement shared on his social media, this means he will operate all “European editions of Vogue, which includes the UK, France, Italy, Germany and Spain.”

The statement continued to praise Enninful and his work ethic, saying he’s directly “responsible of the resurgence of British Vogue and a big part of the success of our business in the UK.”

“I am so honoured to take on this new role in addition to my duties at British Vogue,” he wrote.

During his time at Vogue, Enninful has advocated for more diverse representation, delivering cover stars such as Adwoa Aboah, Beyoncé, Oprah Winfrey, Naomi Campbell and Rihanna.

In September 2020, he also commissioned Misan Harriman, who became the first Black male photographer to shoot a cover for British Vogue in its 104-year history.

The cover featured campaigners for the Black Lives Matter movement, as well as feminists, environmental activists and entertainers who have used their platforms to implement social change.

For his services to the industry, Enninful was made an OBE in 2016, and was more recently featured on the cover of TIME, who named him the most important Black man in fashion.

Speaking on the Talk Art podcast earlier this year, he said his aim to see “different kinds of people, different sizes and different races” injected into the magazine.

“It was just a sign of the times really. I didn’t reinvent the wheel. All I did was I just looked at the magazine and thought from my perspective what would I like to see?” he explained.

“It’s still Vogue, it still has to have that gravitas. It’s aspirational but I like to think I was able to bring a little bit of the world I saw, the world at large, the world you live in, the world we live in, into the magazine.

“Vogue was always for everybody. It was just a case of continuing that narrative for today.”

Thank you @CondeNast for this honour. I am truly humbled. pic.twitter.com/GlaqeEZEhM