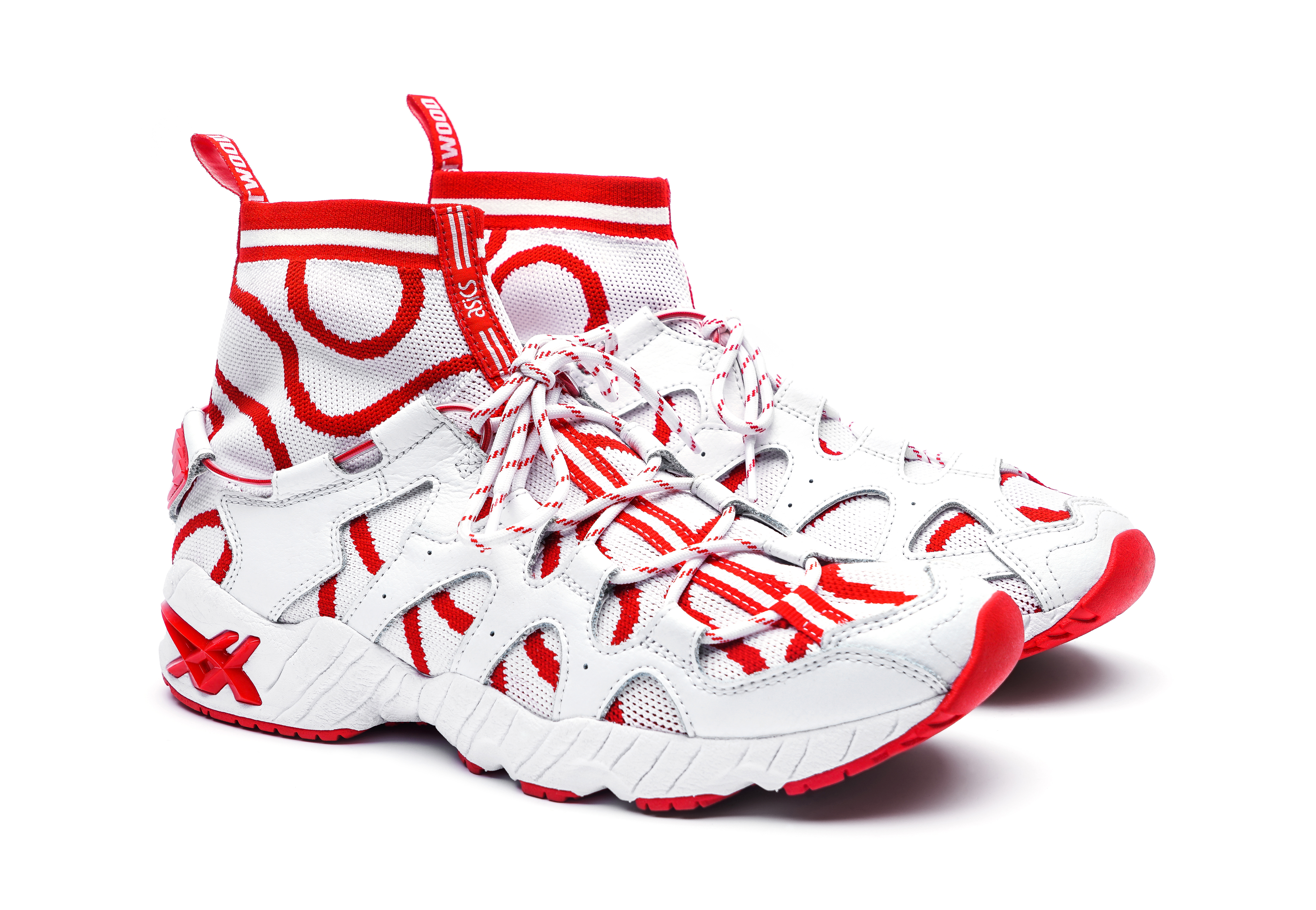 The hottest news whirling in the fashion sphere is that true sport performance brand ASICS and iconic British designer Vivienne Westwood have come together to create an exclusive capsule collection of statement must-have trainers.

With five exclusive trainer styles from the ASICS and ASICSTIGER collections to be released across 2019. GAY TIMES has the exclusive preview of the first two styles within the iconic collaboration.

ASICS and Vivienne Westwood both share a long brand history of design and championed uniqueness – with quality, craftsmanship and innovation at their core.

This special collaboration touches on the heritage of both brands – reimagining ASICS classic styles, re-released with advanced performance technology, married with Vivienne Westwood’s iconic design elements and prints synonymous with the brands history. Using the original red & white contrasting squiggle colour-way the motif has been used to accentuate the technical design features of the shoe.

The style was chosen for its asymmetric lacing – a technique often used in Westwood’s tailoring and fastenings.  The iconic Vivienne Westwood orb logo is also embroidered on the back of the shoe. The GEL-KAYANO 5 OG shoe was first released by ASICS in 1999 – relaunched in 2018. The trainer was selected for its history and desire to reimagine a classic shape.

With immense admiration he stated:  “ASICS are brilliant technicians – known for their expertise, they are the best in their field. We love the look of their trainers because they are form following function – which attracted us to this collaboration.

“We wanted to create something real. They are not just decoration or a fashion statement- they are functional. With this collaboration we wanted to bring together both.”