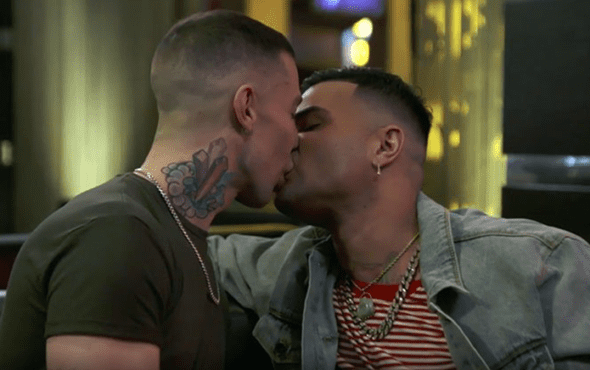 Gentlemen, start your engines… and keep them on, ‘cause the race never stops.

VH1 announced on Wednesday a six-part docu-series called RuPaul’s Drag Race: Vegas Revue, which will follow six queens as they prepare for RuPaul’s Drag Race Live. The pandemic pulled the plug on RuPaul’s live show, which opened at the Flamingo hotel and Casino in Las Vegas in January, ending in March.

This is just another addition to the RuPaul empire, as this year we’ve already been gifted RuPaul’s Drag Race (with weekly visits from Bob The Drag Queen at the Pit Stop), Untucked, Canada’s Drag Race, All Stars 5, AJ and the Queen, RuPaul’s Secret Celebrity Drag Race and we are not complaining.

Do you remember Drag Race withdrawal? Sitting at home re-watching season five for the 12th time? We do. But now with a steady supply coming in, the only thing we’re shaking for is more.

The show will be aired on VH1, Friday 21 August, giving us no chance to breathe between the finales of the current airing seasons (All Stars 5 and Canada’s Drag Race), before the debut of Vegas Revue. Who needs air anyway?

According to E Online, “the series gives fans a deeper look into the lives of their favorite queens as they showcase the charisma, uniqueness, nerve and talent it takes to pull off groundbreaking performances in front of a live audience.”

Ru told Entertainment Weekly: “I think it checks every box, from the girls who are on stage – the girls who were chosen to be in the debut – to the storyline, which is a narrative that the audience understands because it follows what our show does from beginning to end.”

With choreography by Jamal Sims and the show directed by Ru herself, RuPaul Live was bound to be a death-dropping insight into the work that the queens do after their involvement with Drag Race.

Luckily, we still get to see parts of the show AND from an exclusive angle! Being able to see queens in a natural work environment, and showcasing what charisma, uniqueness, nerve and talent means to them – in a space that is not competition based – opens up a world of possibilities on what the queens can serve. Are you gagged?

We can thank the producers of the show: Fenton Bailey, Randy Barbato, Tom Campbell, Danielle King and the RuPaul Charles, for bringing even more drag into our lives!