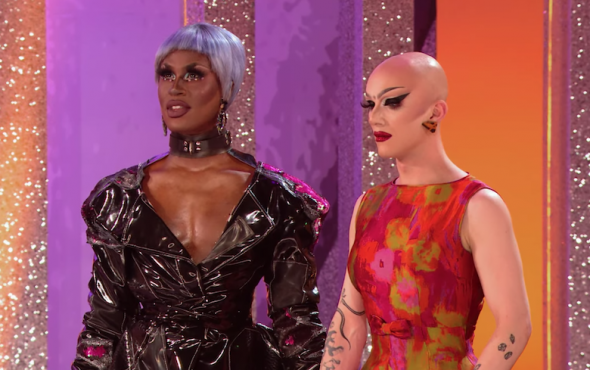 Shea Couleé has revealed that she was the “butt of this joke” after her lip-sync showdown with Sasha Velour.

During the finale of RuPaul’s Drag Race season nine, the legendary contestant competed against her best Judy in a lip-sync smackdown for the crown to the beat of Whitney Houston’s 1987 dance-rock classic, So Emotional.

Although Shea was the frontrunner for the crown with four maxi-challenge wins, a feat only matched on a regular season by Sharon Needles (at the time), she sashayed away in 3rd/4th place after Sasha’s now-iconic rose petal stunt.

On this week’s episode of All Stars 5, the queens were tasked with sashaying down the runway in their finest Prom Queen Fantasy, where Shea paid homage to Stephen King’s horror novel Carrie – but with a Sasha-inspired twist.

“I just wanted to base a look around a moment, where I thought I was going to be queen of the prom,” explained Shea.

“And it didn’t turn out like that for me. For the next year at meet and greets, fans would take off their hats and rose petals would fall out because I was the butt of this joke. I wanted to find an opportunity to reclaim my rose.” Ross Matthews, who spoke for all of us at this point, responded: “I find it interesting that you felt like the butt of some joke. I would never think of you as a joke.”

“I was really devastated, I’m not going to lie,” continued Shea, “and it took me being surrounded with people who love me and kept me inspired and pushed me to keep going. Those are the very people responsible for me standing here right now.”

We’re going to need names and addresses of those who made Shea feel this way because we’re ready to FIGHT. Shea may have not won that lip-sync, but she is universally regarded as one of the fiercest queens in history.

And – SPOILER ALERT! – she’s proving her talent once again on this season of All Stars. This week, Shea walked away with her second maxi-challenge win, and second lip-sync win, after conquering the Snatch Game as Flavor Flav.

This means she now has six wins overall, which puts her just behind Manila Luzon, BenDeLaCreme and Trinity the Tuck for the most amount of challenges won across multiple American seasons. Can she win two more and break the record?