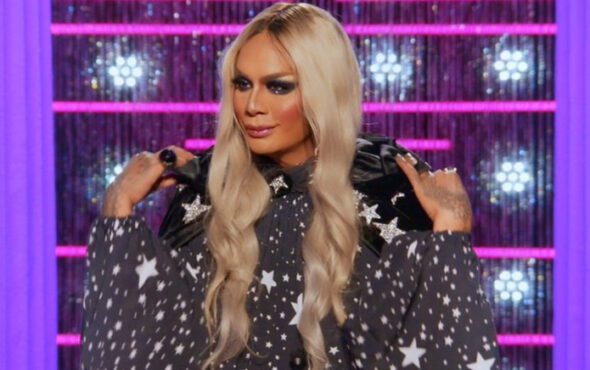 Raja has opened up about her lip-sync performance against Jinkx Monsoon during last week’s All Stars 7 episode.

Throughout the popular all-winner’s season, Raja has effortlessly displayed her charisma, uniqueness, nerve, and talent.

However in the show’s first four episodes, the season three winner never landed in the top two – which caused a stir amongst longtime fans on social media.

Fortunately, the beloved queen finally received the recognition she deserved during the fifth episode.

After delivering a hilarious speech during the ‘draguates’ maxi-challenge, Raja earned her first Legendary Legend Star of the season.

Because of her win, she lip-synced against Jinkx Monsoon to Lizzo’s single Better in Color – which ended with Jinkx being named the winner.

However, shortly after the episode aired, Drag Race fans took to Twitter to share their opinions on the aforementioned performance.

One user wrote: “Leave Jinkx and Raja alone, pls bc I can’t defend them from that horrible lip sync.”

Another fan tweeted: “tbh I understand Raja not giving it her all in that lip-sync bc I feel like the stakes for winning them aren’t high this season bc of the plunger twist.”

In a recent interview with NewNowNext, Raja gave further insight into her performance and what she was going through during that time.

“I know I completely f**ked that up. I remember that. Well, here’s my logic to that. I had for, every week, I knew that I was doing a good job. And all of the judges had been complimenting me so much on it,” she explained.

“What people don’t realize as viewers is that every episode really is every other day. So every other day, you had to learn a new lyric just in case you were at the top and you had to lip-sync. So at that point, after four episodes in, I was exhausted.”

Raja then revealed that she felt discouraged at the time due to being overlooked by the judges in the previous episodes.

“I know I’m going to do a great job, but once again, they’re probably going to overlook me and ignore me. So maybe I’ll lip-sync, but most likely not. That was what was happening in my head,” she told the publication.

“So it was a little bit of a shock to me when it came down to it. Because when I realized that I had won the challenge, I was like, ‘Oh f**k that means I have to lip-sync.’ And I don’t know this song, I had not made any preparations.”

Even though Raja faced a minor setback during the lip-sync performance, she didn’t let it dampen her first Legendary Legend Star win.

“For me, I was content with the fact that I had the star and I could care less about the ten grand of winning. I was just like, ‘Give me the star. I don’t care about anything else.’ I’d waited too long,” she said.

“And sometimes that happens. We’re not perfect, we’re not superheroes. So it was the best that I could do at that moment.”