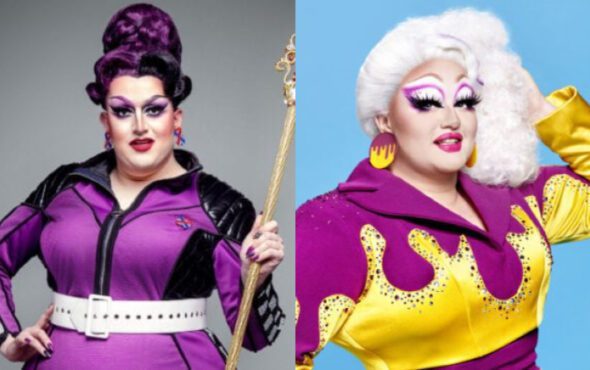 Earlier this week, the series introduced the 12 new queens that are set to compete for the title of the UK’s Next Drag Superstar later this year.

Victoria, who hails from Cardiff, is the franchise’s first-ever cis-gender female contestant.

While many Drag Race fans praised the herstory making announcement, there were a few fans who took issue with Victoria’s inclusion.

Daniel Pérez, a self-proclaimed ‘fan’ of the series, took to YouTube to air out his grievances with a seven-minute video.

Throughout the video, he gives reasons as to why he doesn’t “agree” with having women on the show.

He also says that having “a white cisgender woman on a show catered for the LGBT” raises his eyebrows.

Since uploading the video, Pérez has received huge amounts of criticisms from the Drag Race fandom and even season two’s winner Lawrence.

In a Twitter post, the Scottish queen condemned the video and pointed out that Victoria is part of the LGBTQ+ community.

“Victoria Stone is a cisgender Lesbian woman, she’s literally part of our community,” she said.

“She’s been subject to a lot of misogyny in the drag community. Women are seen as less than in so many social situations, so trust me, I’m so happy she is on Drag Race UK.

“It will take her from struggling to get booked for shows because showrunners are ignorant idiots like yourself to being in demand and not struggling to pay her bills.”

The way my blood is boiling so I had to comment pic.twitter.com/ib9EqD5byB

Lawrence went on to say that lesbian representation on television is still limited and that Victoria’s appearance on season three will “change the world.”

“Drag for me is not female impersonation. It can be, but it’s so much more broader than that, I see drag as a place for me to utilise all the skills I learned growing up, and use myself as a canvas,” she continued.

“Sometimes I pad, corset, draw eyebrows on, sometimes I don’t and that is still completely valid. It is an art form and this art form is NOT exclusive to gay men.”

Lawrence ended her post praising Victoria for her impending Drag Race journey and being unapologetic.

“Women raised me, I’m inspired by strong women and now Victoria is one of those strong women because of her standing up and showcasing who she is to the world, unapologetically. Sorry, but you’ll just have to get used to it.”

The Scottish winner isn’t the only Drag Race star to push back against Pérez’s comments.

Season one contestant Cheryl Hole told the YouTuber to “log off and never come back.” Baga Chipz, also from season one of Drag Race UK, wrote “fucking livid” alongside an angry emoji face.

But even with the naysayers coming for her, Victoria is ready to show the world she’s a force to be reckoned with.

In an exclusive interview with GAY TIMES, the Cardiff queen opened up about the type of impact she wants to have on the franchise and its viewers.

“Hopefully, people will start to put on more diverse line-ups. That’s basically the goal here because we’re missing out on such diverse and delicious line-ups,” she said.

“Drag kings, drag things, people that have thought of something you would have never thought of before.”