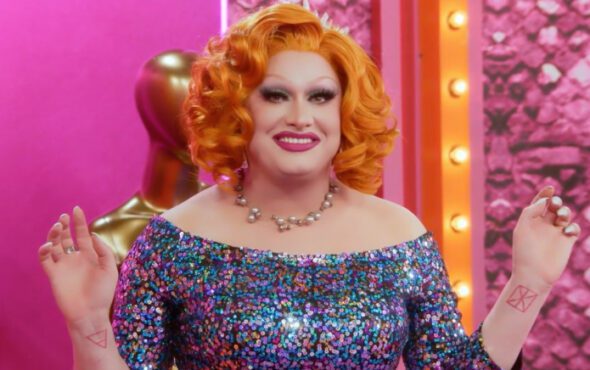 Drag Race All Stars 7 winner Jinkx Monsoon shared the emotional moment she found out she won the crown.

On 29 July, the first-ever winners’ season of RuPaul’s Drag Race All Stars came to an unforgettable close with six epic lip-sync smackdowns.

In the end, Jinkx Monsoon and Monét X Change advanced to the final round – where they competed in front of all the queens to Katy Perry and Nicki Minaj’s house favourite, Swish Swish.

Taking the lip-sync and their performance throughout the competition into consideration, RuPaul declared Jinkx Monsoon the first-ever Queen of All Queens and the winner of $200,000.

“Drag is my passion and something I’ve dedicated half my life to at this point,” the beloved queen said in her speech.

“I feel so grateful to be invited here, and I just hope to share the gifts that [RuPaul] has bestowed upon me with everyone else out there.”

A day after her groundbreaking win, Jinkx took Twitter and shared a clip that featured her reaction to being crowned the Queens of All Queens.

“One of my favorite parts of Drag Race; two girls having intense conversations while applying makeup. Learning the results while looking like a pile of beige,” she wrote alongside the video.

When we booked our Australia tour 3 years ago, who woulda thunk?!

“When we booked our Australia tour 3 years ago, who woulda thunk?!”

In the video, which was filmed during a break on her Australia tour with BenDeLaCreme, the 34-year-old is visibly speechless after RuPaul announced her name.

Towards the end of the clip, Jinkx lets out a joyous sigh of relief in between tears before stating: “Well, at least I put us all through hell for a good reason.”

In response to her friend’s win, BenDeLaCreme looked lovingly at the Portland-based queen and said, “Queen of all Queens”– which resulted in a mixture of laughs and tears from Jinkx.

Shortly after uploading the video, Drag Race fans replied to the tweet with congratulatory praise.

“Oh that was so precious congratulations Jinkx! You deserve the world! Also absolutely loving that you claimed the crown in the name of Hecate! Magical!” one Twitter user wrote.

Another fan tweeted: “Wish I could have been there with you!! This was such a sweet moment. I’m so glad Dela is there to help celebrate.”