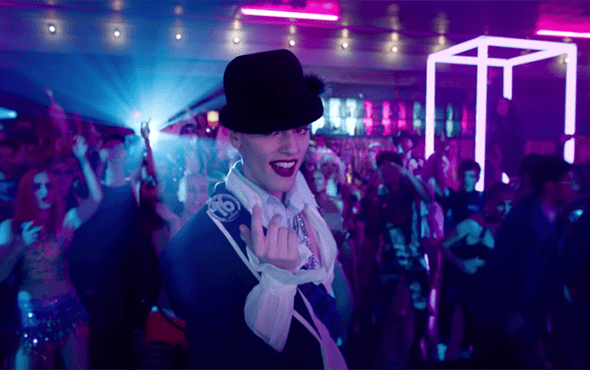 Everybody’s Talking About Jamie is set to skip a theatrical release for a streaming service debut.

According to a report from Variety, the musical adaptation will be premiering on Amazon Prime Video.

The LGBTQ+ film was originally expected to premiere in October of 2020 but was put on hold due to COVID-19.

Amazon Prime Video is expected to stream the musical in over 240 countries and territories on 17 September 2021.

Everybody’s Talking About Jamie first made waves when it debuted in 2017 on the West End. Based on true events, the story follows 16-year-old student Jamie New, an optimist who has dreams of becoming a drag queen.

His pursuit of stardom is met with prejudice and family heartache but with support from his mum and best friend Pritti, Jamie starts to live in his truth and walk into the spotlight.

The film is directed by Jonathan Butterell, who also directed the stage production, with the screenplay and lyrics written by Tom MacRae.

Butterell spoke with Entertainment Weekly earlier this year about the film, stating: “Although it feels rather niche, about a 16-year-old boy who wants to come out as a drag queen at prom, we never wanted it to be a coming-out story. It’s about how you take your place in the world.”

Everybody’s Talking About Jamie will be released on Amazon Prime on 17 September 2021.

Watch the full trailer for the film below.