DragCon is sashaying back to the UK for “biggest convention” yet 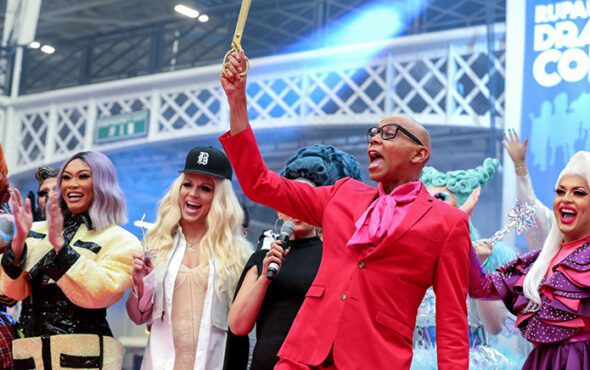 RuPaul’s DragCon UK will be returning to London for a sickening three-day event featuring some of the world’s fiercest queens.

Taking place at ExCeL London in January 2023, it will be its “biggest” UK celebration yet and the first DragCon in the country since 2020.

The event will feature panel and Q&A sessions, vendors, exhibitors and many more things for attendees to enjoy.

Fans will also be able to meet their favourite drag entertainers, as well as watch performances and get involved immersive activities during DragCon UK.

RuPaul will also be crossing the pond to join the festivities, rounding out a sickening lineup of Drag Race royalty.

“2020 feels like a lifetime ago, and we are so thrilled to be bringing our flagship in-person event back to the community we love so dearly – this time for three full days of programming!” said World of Wonder co-founders Randy Barbato and Fenton Bailey.

“The 2023 convention at ExCeL London will officially be our biggest convention in the UK to date. Our top priority will of course be everyone’s safety, as we bring drag excellence to London once more!”

DragCon UK will take place at ExCeL London from 6 to 8 January 2023, with tickets available here from 15 May.

@rupaulsdragcon UK is BACK, baby! 👑 #DragCon is bigger and better than ever with THREE full days on 6th – 8th January 2023 at ExCel London.

Snatch your tickets on May 15th + sign up to be the first to know when they drop at https://t.co/axzqf15FxQ 🇬🇧 pic.twitter.com/PqApfvuj5a