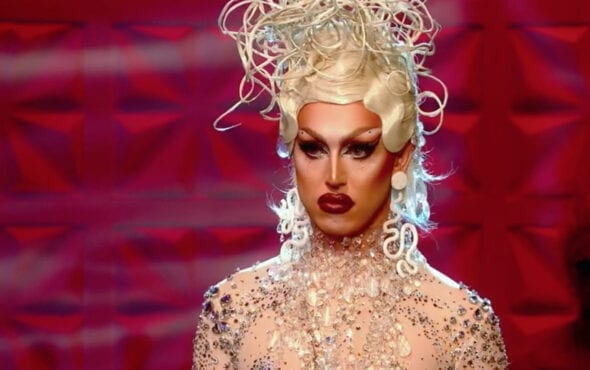 A’Whora has issued an apology for not following isolation rules after receiving a positive COVID-19 result from a PCR test.

In a tweet from A’Whora which has since been deleted, the star referenced testing positive for the virus – resulting in an array of fans questioning her on why she had been seen out instead of isolating.

A’Whora explained that she began to feel unwell after Sunday’s Drag Fest and decided to take a lateral flow test, which returned a negative result.

When symptoms persisted, the Drag Race UK star took a PCR test which confirmed that she was infected with the virus.

“From that my test came back positive so from that moment I isolated in my room away from my housemates,” she wrote in a statement on Twitter.

“Prior to this I have been double vaccinated and always took measures carefully, with meet and greets I’m always the first to ask people to keep distant for our and your safety when we are travelling across the country.

“Whilst I’m [in] isolation I have been testing myself everyday and monitoring my symptoms. Friday morning I received my first negative result. I then repeated this lateral testing every morning when I wake and every night before I sleep.

“After having 7 negative results and no longer having symptoms of covid I came out of isolation.”

In the UK, it is a legal requirement that those testing positive for COVID-19 should isolate for 10 days from the date of symptoms first appearing.

A’Whora has promised fans that she “will do better” and that she is aware of the “risk” she could have caused those around her by not adhering to the full amount of isolation required.

Her statement continued: “I thought it was a safe decision and understand the risk I could have caused on others comes with huge repercussions, so I want to sincerely apologise and know that I have acknowledged the behaviour of my actions, lack of awareness and inconsideration of my own choices I won’t try to do better, I will do better, and take this as a lesson to understand the full covid measures and legal requirements regardless of the circumstances.”

Season three of RuPaul’s Drag Race UK is set to air on BBC iPlayer this September.