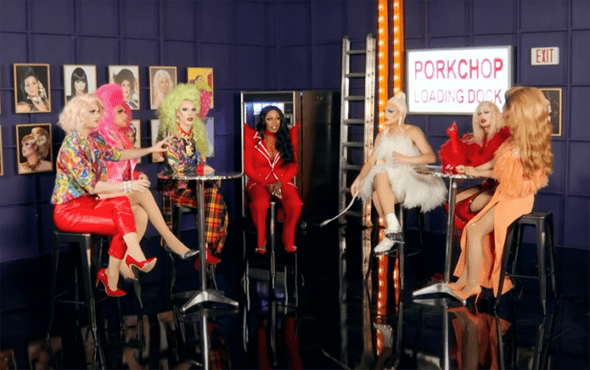 Bringing the mess and drama Hunny!

Drag Race season 13 is well underway and we have a scandalous sneak peek of episode 2 to tide UK/IE viewers over till Saturday.

We can slice the tension with a knife.

Then we are treated to Mother Ru’s voice on the intercom stating: “Attention queens, you all have a chance to return to the competition. But first, you must give one of your fellow queens the chop, let the voting begin.”

After the jaw-dropping announcement, the queens are then seen putting their picks into an unmarked box.

In true Drag Race fashion, we know Miss Ru has something else up her sleeve.

Episode 2 will be airing today on VH1 in the US and tomorrow on Netflix UK/IE.

The 13th season of the popular series is already making HERstory after it was announced by Deadline, that the season 13 premiere became the most-watched episode in the franchise’s 12-year herstory with an unprecedented 1.3 million viewers.

The beloved drag competition received a ratings boost thanks to showings on multiple networks; VH1 earned 525,000 viewers, The CW tallied 478,000 and 111,000 tuned in to MTV.

We LOVE to see it!

Watch the sneak peek below!