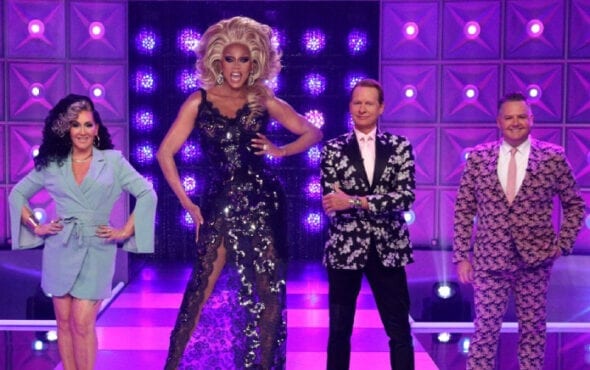 Is anyone else jonesing for a soda now?

The latest episode of RuPaul’s Drag Race was full of comedy gags, maxi-challenge twists and a shocking lip-sync.

Back in the werkroom, Olivia Lux opened up about her feelings regarding the lip-sync performance.

The queens also discussed the tense filled moment when each queen had to name which one they would send home.

The Queens get quizzed then get ready to make their soda POP in a branding challenge! Don’t miss a new #DragRace Friday at 8/7c on VH1! 💅

The majority of the girls chose Olivia due to her lack luster makeover lewk on her partner Denali.

Even though most of the queens voted for her elimination, Olivia didn’t let it get her down, stating: “It’s just one of those things where I just don’t take it personally… it’s just drag and I know you girls, so I know it comes from a place of love.”

The next day proved to be a test of the mind when Mother Ru and the remaining queens played Are You Smarter Than The Pit Crew.

During the mini-challenge, the contestants were faced with Drag Race trivia ranging from questions regarding Alyssa Edwards, Untucked seasons and more.

In the end, Kandy Muse won the mini-challenge, taking home a $2,500 gift card from JJ Malibu.

For the maxi-challenge, Mother Ru tasked the queens with creating their very own soda, brand and jingle.

“And remember, this challenge is about understanding what your brand is and how to convey that to the audience,” RuPaul advised. 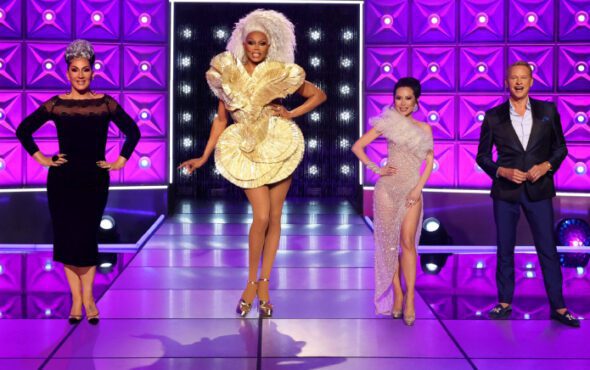 The queens quickly got to work, sharing their creative and eccentric ideas.

After sharing each of their visions, the queens were then interrupted by a surprise RuMail announcement.

The special guest was revealed to be season 12 winner Jaida Essence Hall, who stopped by the werkroom to give some advice.

“This is the part where you really wanna make an impression on the judges, and you really want people to know exactly who you are,” she explained.

“The challenges where I did the best at were the challenges I had the most fun in and you’re gonna produce the best work when you do that.”

Symone went on to ask Jaida if there was anything she wishes she would have done on her season.

Our reigning Queen @jaidaehall stopped by the Werk Room to give the divas some advice heading into the branding challenge! 💓 #DragRace pic.twitter.com/M2ujct82TZ

“I get in my head a lot, and I don’t know if ya’ll having that same issue. But you have to remember you are responsible 100% for your journey on Drag Race,” she said.

“Every single moment that I did not enjoy myself, those literally were the moments I did the worst. If you internalise and tell yourself that you will do bad, then you will do bad in the competition.”

After some last words of advice from Jaida, the queens finished up their commercial prep and headed to the green screen.

Hilarity ensued when each queen went up to film their TV spot. From hangover cures to mood-enhancing beverages, the contestants showcased their distinct and creative directions.

On the main stage, the queens tackled the category of Beast Couture.

Each queen killed the runway with Symone, Rosé, and Olivia being praised for their show-stopping lewks.

Whose beastly lewk was a beauty in your eyes? 👀 #DragRace pic.twitter.com/riEcjAghHu

The judges soon dived into the seven soda commercials.

Rosé, Symone, and Kandy stole the show with their clever brands and hilarious acting.

In the end, both Rosé and Symone won the maxi-challenge, with Utica and Tina landing in the bottom two.

Lip singing to My Humps by Black Eyed Peas, the queens laid it all on the line and gave fierce performances.

Only one queen came out on top with Utica staying in the completion while Tina sashayed away.

Make sure to catch the next episode of Drag Race next Friday in the United States on VH1, and on Saturday in the UK on Netflix.