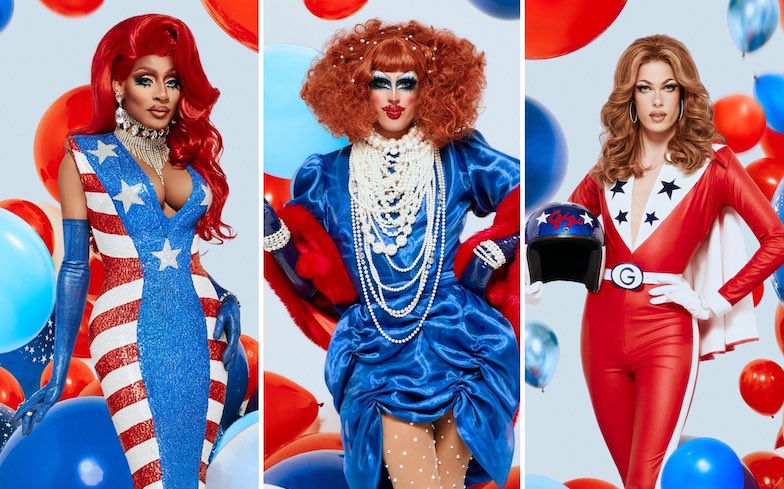 “The best top 3 since Adore, Bianca and Courtney.”

RuPaul’s Drag Race fans are over the mothertucking moon with the season 12 finalists.

Because the performance was jaw-droppingly stun, RuPaul was forced to look at their track record to decide the bottom two queens – something he’s never done before – resulting in a lip-sync between Crystal and Jackie.

Ultimately, Crystal won over the judges and advanced to the finale. Due to Sherry Pie’s disqualification earlier in the series, season 12 is the first regular US season in five years to only boast three queens in the final showdown.

Despite all the drama and conflama over season 12 (coronavirus pandemic plus Sherry), fans are ecstatic with the final three competitors, with many hailing them as one of the “best top three’s” in Drag Race HERstory.

There’s been 12 regular seasons, four editions of All Stars and one season Drag Race UK, so it’s a big claim to make.

“I’d honestly be happy with any one of them winning the crown. Such a well rounded, talented and formidable Top 3! Crown em’ all!?” tweeted one fan, while another wrote: “This is by far the most solid top 3 ever in my opinion.”

Check out the reactions below.

Last week, it was revealed how the season 12 finale will take place in the wake of the coronavirus.

According to a press release, the finale – which airs 29 May – will see Crystal, Jaida and Gigi compete in a “revolutionary” lip sync for the crown with “innovative technology that highlights the creativity of the queens.”

And this Friday (22 May), RuPaul will host a “virtual slumber party” for the reunion, in which he will reflect on the events of season 12 and check in with the queens to see how they’re coping in self-isolation.

Who do you think should be crowned America’s Next Drag Superstar? Like a fan said above, we’d be happy with any of them snatching the title. It truly is one of the best top three’s in HERstory. Do you agree?

Related: Meet the 12 queens competing on the first season of Canada’s Drag Race.

Related: Trinity’s homage to Drag Race UK winner The Vivienne is everything.