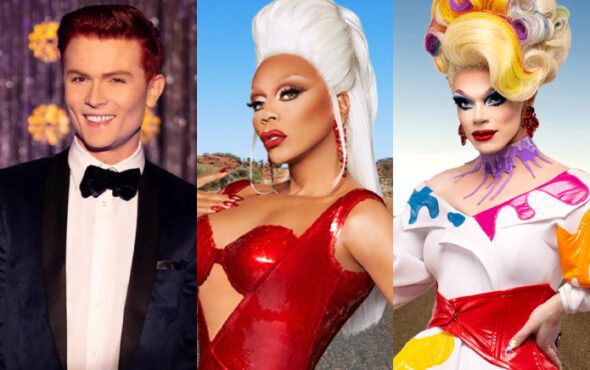 Drag Race Down Under stars have hit out at the rumour that RuPaul was absent from filming the show’s first season.

Back in 2021, Mama Ru and company released the highly-anticipated Australasian iteration of the long-running franchise.

After eight gag-worthy episodes, Kita Mean conquered over Art Simone, Karen from Finance and Scarlet Adams, winning a one-year supply of Revolution Beauty Cosmetics and a cash prize of $30,000.

Even though the show was well received by the franchise’s dedicated viewers, some fans speculated that RuPaul wasn’t present during filming.

In a mass post on Reddit, users accused the drag legend of filming his appearance in front of a green screen.

One user wrote: “I feel like RuPaul isn’t actually there. It could be the weird camera angles that are making me question him actually being there but especially through the walkthrough, Ru usually goes around the room and talks to the queens.”

Another user wrote: “I thought it was just me! Something seems so weirdly off about the way they’re shooting this show compared to US/UK versions.”

However in a recent interview with Daily Mail, season one finalist Art Simone and judge Rhys Nicholson dispelled the aforementioned rumour.

“The most annoying thing to have come out where the show should be filmed is people thinking that RuPaul wasn’t there,” Nicholson said.

“Ru was there!” Simone added, before joking about creating her own rumour.

This isn’t the first time that Simone has confirmed Ru’s Down Under attendance.

After being eliminated in the show’s second episode, the Melbourne-based queen took to Twitter to shut down speculation surrounding Ru’s involvement.

“Just here to quash the rumours that RuPaul was green-screened onto the set. There’s no way we would have the budget after we splurged on those beautiful cement cherubs,” she tweeted.

Simone and Nicholson’s recent comments come a week after the release date was announced for Drag Race Down Under season two.

Stan, the show’s network in Australia, confirmed on 21 June that RuPaul will introduce another fierce batch of Australasian talent to the ever-expanding franchise on Saturday, 30 July.

“I am thrilled to produce and host a brand new season of RuPaul’s Drag Race Down Under,” RuPaul said in a statement.

The guest stars and queens competing for the title of Down Under’s Next Drag Superstar are yet to be confirmed, but Michelle Visage and Rhys Nicholson will once again join Ru on the panel.