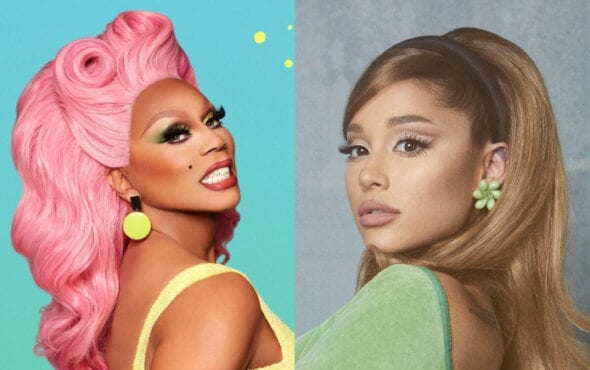 Ariana Grande has accomplished another sickening achievement and has become the artist with the most lip-synced songs in Drag Race HERstory.

Pop Crave announced the news on Twitter, stating: “After last night’s episode of RuPaul’s #DragRace, Ariana Grande is now the artist with the most songs lip-synced to on the series with seven.”

Break Free, Greedy, Bang Bang, Into You, Problem, One Last Time, and No Tears Left To Cry have all been featured in lip-sync performances over the years.

Queen Ari, who is a well known Drag Race fan, took to Instagram stories to share her excitement for the news.

“This is the greatest honour of all time I am so happy and thankful RuPaul no understands what this means to me,” she wrote.

Ari is no stranger to the world of RuPaul’s Drag Race and the series’s beloved queens.

Before securing her new title, the Side to Side singer made her judging panel debut on the Emmy-winning series in season seven.

Here’s to hoping that Ari will make a return to the series as a judge or mentor.

Ultimately, Utica landed in the lip-sync smackdown for the third time this season, where she competed against her Freaky Friday teammate Symone.

Next week, the top five queens will flex their acting chops in the brand new sci-fi adventure, Henny, I Shrunk The Drag Queens!