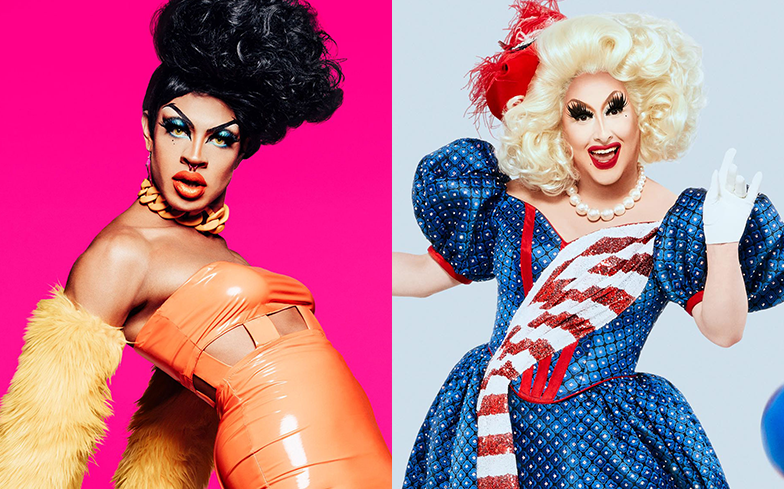 “Let her fade into nothing on her own.”

Yvie Oddly has imparted some words of wisdom to fellow drag queens over the recent Sherry Pie controversy.

Last week, it was announced that Sherry Pie had been disqualified from RuPaul’s Drag Race season 12 following allegations from five aspiring actors that they had been catfished by the performer posing as a casting director.

The news subsequently went viral on Twitter, with many former contestants sharing their opinion on Sherry’s actions.

Yvie, who won the 11th season of Drag Race, wrote on Twitter that she’s “disappointed by the queens who are using this situation to add more fuel to the fire of an already rabid inferno without considering how dangerous it is to bolster a mob.

“We all know what WILL happen someday to some unfortunate queen if we as role models are telling people it’s okay to perpetuate hatred-fueled witch-hunts. That, too, is an abuse of power that must be checked.”

She continued to tell her followers – and fellow Drag Race alumni – to let Sherry “fade into nothing on her own” and praised the show for how they handled the situation, saying “abuses of power like that cannot go unpunished”.

Yvie then urged the show’s producers to look for new Drag Race contestants in the “intersections of our community that are still at the highest point of discrimination and hate” such as trans, AFAB and non-binary performers.

Despite Sherry’s disqualification, VH1 and World of Wonder revealed that season 12 will air as planned “out of respect for the hard work of the other queens” and said she will not be invited to the grand finale, which will be filmed later this year.