YouTuber NikkieTutorials reveals she was robbed at gunpoint in her home 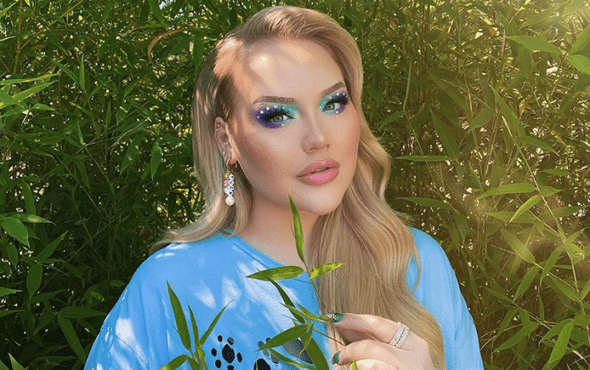 NikkieTutorials was robbed at gunpoint in her Netherlands home over the weekend.

The Dutch makeup artist and beauty vlogger took to Twitter and Instagram to confirm reports that she and her fiancé, Dylan Drossaers, had been burgled.

“Earlier today one of my biggest nightmares became reality when we got robbed under gun point at our own home,” the star, whose birth name is Nikkie de Jager, wrote in a statement.

“Dylan and myself got attacked but physically we’re okay. Mentally it’s a whole other story.

“I’m writing this message for now to let you know that we are ‘okay’ and safe. Thank you for understanding as I take the next couple of days to myself.”

Dutch authorities tweeted: “Just reported a robbery on a house in #Uden. The perpetrators threatened the residents with possibly a firearm and took an unknown loot from them.

“There are at least 3 perpetrators who fled in a beige passenger car towards the A50. One of the residents suffered superficial injuries.”

Nikkie came out as a transgender woman earlier this year after being blackmailed by an unknown individual.

“Today I am here to share something with you that I’ve always wanted to share with you one day, but under my own circumstances, and it looks like that chance has been taken away from me,” she revealed in the video, titled I’m Coming Out.

“So today, I am taking back my own power and I have to tell you something. When I was younger I was born in the wrong body, which means that I am transgender. I am NikkieTutorials, and I am Nikkie. I am me.

“Planet Earth is full of labels, and I never felt comfortable with labels. I wanted to be my own person, my own identity,” she added. “I am Nikki. I am me, we don’t need labels. If we’re going to put a label on it, yes, I am transgender.”

Related: NikkieTutorials reveals how she was blackmailed into coming out as trans.