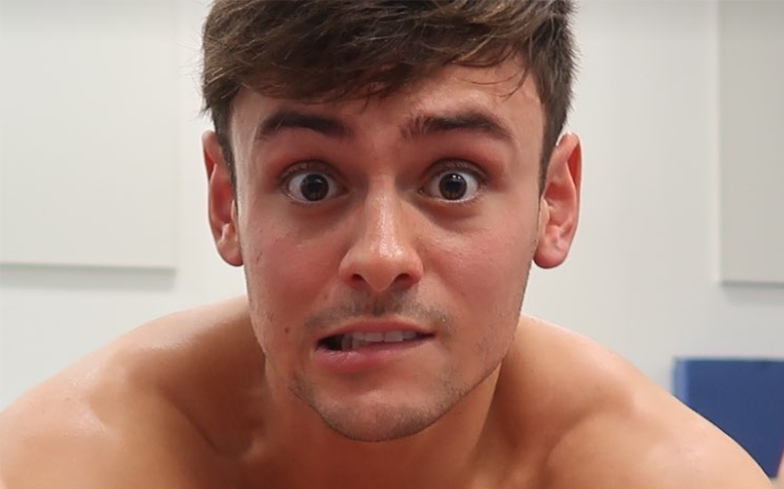 He may be a married man now, but Tom Daley can still have a celebrity crush. Or two.

The Olympic diver sat down with YouTuber Tyler Oakley this week for a new MTV interview, where they picked questions out of a basket and didn’t hold back with the answers.

During the chat, the pair discussed who their celebrity crush is, with Tom admitting that his eyes are firmly set on Shawn Mendes.

The athlete revealed that he has never met the Canadian crooner, but would love a “private concert” from him.

Related: Tom Daley’s stretching routine will have you feeling hot and sweaty…

“I need to think about a song that he would sing though,” he said. “This is a hard one. I don’t know what song he would sing that wouldn’t be highly inappropriate, having a husband.

But when asked which YouTuber he’d like to kiss, Tom had his sights set on another young popstar in the form of Troye Sivan.

Tom was talking to Tyler at HelloWorld in Birmingham, where he asked to hitch a ride to the event wearing not very much at all…

Related: Tom Daley and Dustin Lance Black open up about being bullied at school