You must read Keiynan Lonsdale’s powerful statement on fragile masculinity 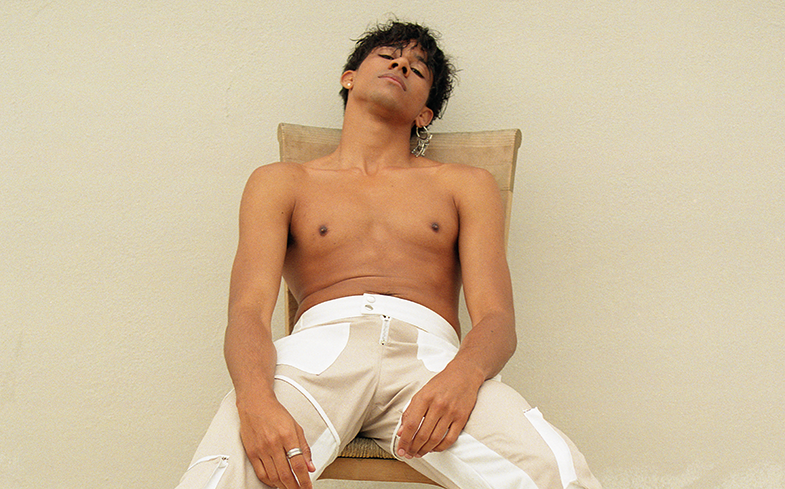 “I think masculinity is fragile – extremely fragile, but it’s because of poisonous conditioning that has been placed in each boy from the beginning of film, television and society in general.”

Australian actor Keiynan Lonsdale has posted a powerful message in which they urge men to embrace their femininity.

The Love, Simon star tweeted – alongside a picture of himself (19 October): “I think man is one of the most fearful, scared, and insecure creatures that have ever existed, and that’s because of the pressure each and every single boy has had placed on them about what it means to be a man.

“They’ve been told that it means to be straight, strong, to not cry, not show emotions, to take the woman, and have power, control, and money – then these boys that are full of love and innocence are being told that they are wrong; “You’re wrong for feeling that, you need to be tougher, you need to be a man, you’re too slow, you’re too weak, you’re too dumb,” he told Boys By Girls.

“So we begin to resent every part of us that doesn’t fit into this picture that we’ve been shown – and we bury it and hurt ourselves over it and lash out. If a hyper-masculine dude sees a guy that’s more feminine and in touch with his emotions being just as successful and strong as him, he is confused because he was told that in order to be a man, you have to be a certain way.

“And he is seeing that not always being the case, which means that has been lied to, and that’s the hardest thing to swallow. I think masculinity is fragile – extremely fragile, but it’s because of poisonous conditioning that has been placed in each boy from the beginning of film, television and society in general.

“In turn, that creates this imbalance of power and equality against a feminine energy within ourselves and women. My personal belief is that a lot of the pain in the world has come from that. But it is changing, and that’s inspiring.

“It has a lot to do with girls too, because for a man to feel safe to be vulnerable and for a woman to say: “I love your vulnerability, I love your femininity, I see the strength in your emotion” – that gives them the confidence to simply be themselves, and I think we’re seeing it more and more in this new generation and just in general.

“People want people to be honest and that’s true strength. I have a lot of hope.”

When we spoke to Keiynan earlier this year, they spoke about the impact of Love, Simon – which became the first film by a major Hollywood studio to focus on a gay teenage romance.

“We knew it was going to be really important to people,” Keiynan admitted. “It wasn’t until we actually watched the film – because I guess while we were making it we were just nervous, and everyone’s hopeful that we’re going to get it right and tell this story correctly – so then when we watched it we were like, ‘Oh we did!’

“Every person involved did exactly what they were supposed to do. This movie was clearly supposed to be made, and I knew at that moment that this would help change things for so many people.”

Keiynan also said it’s “100%” time for a queer superhero on the big screen.

“When you have Superman and Batman and all these people that kids look up to and think, ‘Wow, you’re perfect and amazing and a superhero,’ we need to see that very very clearly for a queer character on the big screen.

“Then LGBTQ can know that yeah, you as well, just as these other people, are also larger than life. You can be magical, you can be a superhero.”