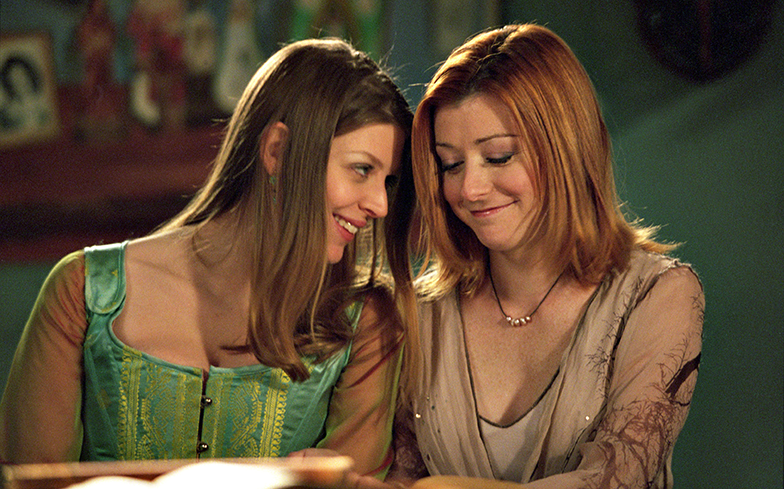 We are so five by five right now.

You can now watch the entirety of Buffy the Vampire Slayer for FREE in the UK.

All season sevens of the the widely-acclaimed fantasy drama series are now available to stream on All 4, with individual episodes airing weeknights at 11pm on E4 as of 1 June 2020.

Buffy received praise during its run – with many individual episodes hailed as some of the finest in TV history (Hush, The Body, Once More, with Feeling) – and has also been credited with influencing other series in the same genre.

In 2018, a reboot with a “black Buffy” was announced by Joss and Fringe writer Monica Owusu-Breen.

Addressing the initial negative response, Owusu-Breen confirmed that we’re looking at a revival instead of a full-blown reboot, tweeting: “For some genre writers it’s Star Wars. Buffy the Vampire Slayer is my Star Wars.

To mark the 23rd anniversary of Buffy’s premiere The WB earlier this year, we took a look back at some of the show’s queerest episodes, including Becoming, Doppelgangland and Once More, with Feeling – see here.

Related: Buffy creator says Willow couldn’t be bisexual when the show was on air.

Related: This legendary Buffy star wants to return for the reboot.