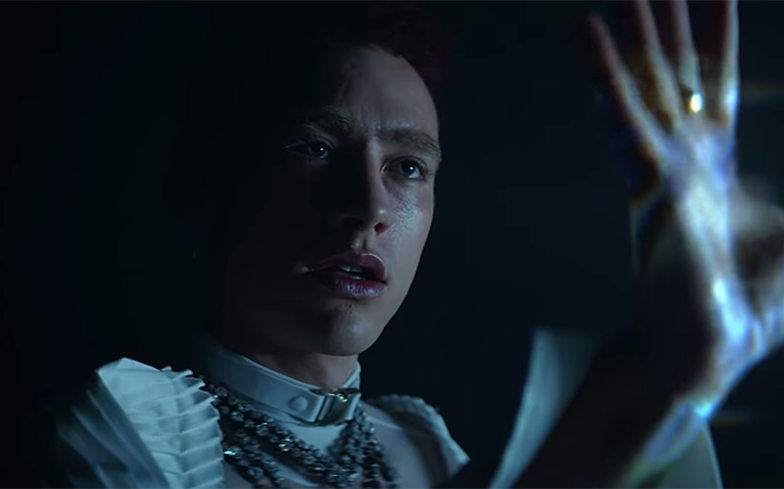 Years & Years have released the official video for their epic club anthem, All For You.

The track is the third single from the band’s critically-acclaimed sophomore album, Palo Santo, following Sanctify and the massive top ten bop, If You’re Over Me.

In the dystopian clip, frontman Olly Alexander serves choreography before he comes face-to-face with an evil alter-ego.

Watch the sci-fi inspired video below.

Earlier this month, Olly teamed up with Gay Times for a new campaign to encourage LGBTQ youth to discuss issues surrounding their mental health more openly.

In a call to action, Olly holds The Flag We Shouldn’t Be Proud Of – a reworked version of the iconic Pride flag with two of its six stripes missing.

Those missing stripes represent the two in six LGBTQ youth at risk of taking their own lives due to issues surrounding shame, bullying, stigma, discrimination, dysphoria, anxiety and depression.

“There’s such a stigma around mental health that stops us from speaking out,” Olly told Gay Times. “In the workplace, in education, or even at home, it can feel difficult to express what you’re going through in the first place. Tackling that stigma is one part of it.

“I also think we have to have the actual services and provisions for LGBTQ people, because they are quite slim on the ground. The things that we can do to help that situation is to be on our local representatives so they are not defunding or shutting them down.”

Watch the entire clip below.