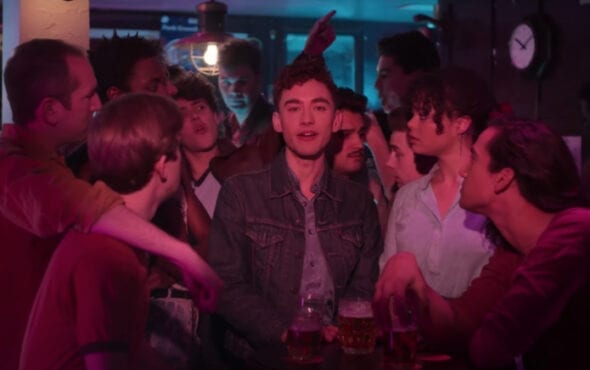 Ahead of tonight’s (22 January) premiere of Russell T. Davies’s powerful new drama, It’s a Sin, Years & Years have released a soulful cover of the Pet Shop Boys’s 1987 classic of the same name.

While the original was quite upbeat with plenty of synths and explosions throughout, Years & Years have gone for a much more pared down version, with a more melodic piano featuring as the only instrument alongside Olly Alexander’s emotional tones.

On Twitter, the band shared a small 40 clip, and announced that a portion of the proceeds from the song would be donated to the George House Trust, a charity supporting people with HIV in the north west of England.

You can listen to the cover here or below.

Fans are in love with the new cover, with many saying how beautiful it was. “This song touches my heart. You’re amazing. I love you so much,” wrote one fan.

Another said: “Been a fan of Pet Shop Boys since the 90s and always thought Years and Years were the closest group to them in this generation, so a very fitting cover.”

The five-part drama from Queer as Folk visionary Russell T Davies follows a group of friends in 1980s London who grow up in the shadow of the HIV/AIDS epidemic.

Years & Years frontman Olly leads the cast as 18-year-old Ritchie Tozer, who leaves his family home on the Isle of Wight to move to the Big Smoke in search of fame and success.

Related: It’s A Sin: Peter Tatchell speaks with cast members about the power of community