Years and Years’ Olly Alexander responds to Doctor Who rumours 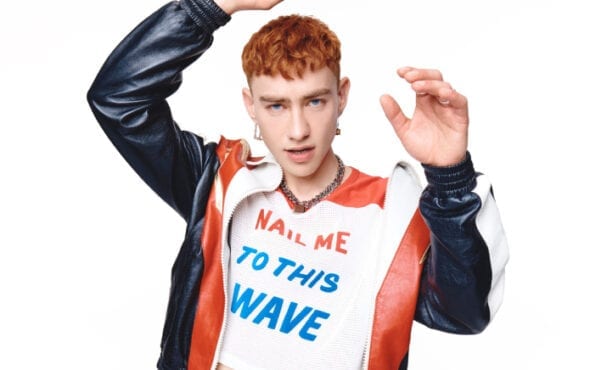 Olly Alexander’s manager has denied rumours the star will be playing the next Doctor Who.

Earlier this week, several publications claimed the Years & Years singer will be taking over the iconic role, following rumours that Jodie Whittaker – who made history as the first woman to play the Time Lord – will be departing at the end of the next season.

According to a statement from Alexander’s manager Martha Kinn, the star won’t be making his television comeback as the 14th iteration of the Doctor anytime soon.

“Even though Olly is often contacted by Cybermen, I’m afraid I have to exterminate this speculation,” she wrote on her Instagram Story. “As nice as it is to see this story regenerate, it just isn’t true. As Ood as it might sound, Olly is focusing on his music, for the time being.”

Alexander received widespread acclaim for his leading performance in Channel 4’s It’s A Sin earlier this year. The drama, which follows a group of friends in 1980s London who grow up in the shadow of the HIV/AIDS epidemic, earned praise for its powerful storytelling and bringing LGBTQ+ history to a mainstream audience.

Shortly after, Alexander launched his music comeback with Years & Years – solo, due to the departure of former members Mikey Goldsworthy and Emre Türkmen – and released the interstellar pop anthem Starstruck. The track peaked at 31 on the UK Singles Chart following a superstar remix from Kylie Minogue.

Alexander also stunned at the BRIT Awards as he performed a cover of Pet Shop Boys’ It’s A Sin with Elton John, and appeared on the 10th anniversary edition of Lady Gaga’s Born This Way for a cover of her dance-pop classic The Edge of Glory.

You can listen to the latter here on Apple Music or below.