YAS! Drag classic To Wong Foo is heading to Broadway 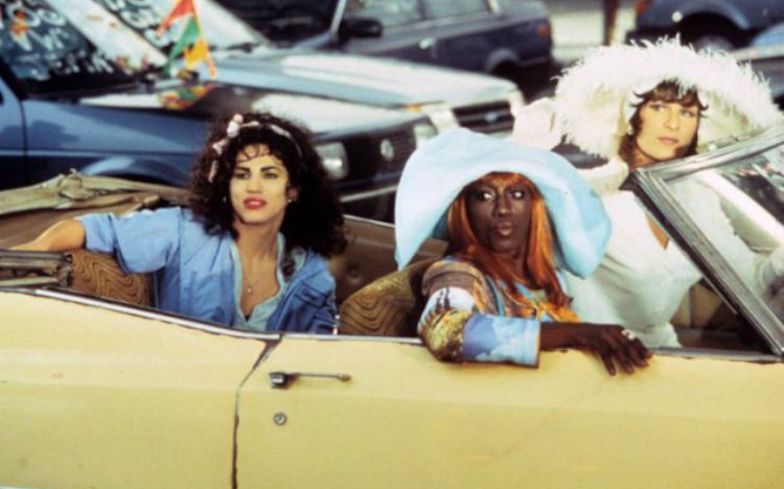 American playwright Douglas Carter Beane has announced that he is working on a stage production of his 1995 drag classic, To Wong Foo, Thanks for Everything! Julie Newmar.

The American comedy starred Patrick Swayze, Wesley Snipes and John Leguizamo as Vida, Noxeema, and Chi-Chi, three New York City drag queens who embark on a road trip for the Drag Queen finals in Hollywood. During the journey, their car breaks down, leaving them stranded in a small town.

Swayze and Leguizamo were nominated for Golden Globe Awards for Best Actor and Best Supporting Actor, and despite its measly 41% approval rating, it has become a cult classic.

In an interview with The New York Post, Beane said he originally envisioned the film on stage: “I was a struggling writer trying to break into the theater.

“I was working as a nanny in Brooklyn, and every time the family went on vacation, I’d write a play. I started working on ‘To Wong Foo’ but couldn’t figure out how to put a car onstage. So I turned it into a screenplay instead.”

Well it’s about time! How has it taken 23 years for this to happen?

Lewis Flinn – Beanes’s husband – is writing the score. Beane said: “The songs are very Americana by way of Aaron Copland. There’s an opera vibe to it, and it’s very open-hearted.”

Beane has worked on stage productions such as Sister Act, Xanadu, As Bees in Honey Drown and also has a Robin Hood musical in development.

Watch the trailer for To Wong Foo, Thanks for Everything! Julie Newmar below.