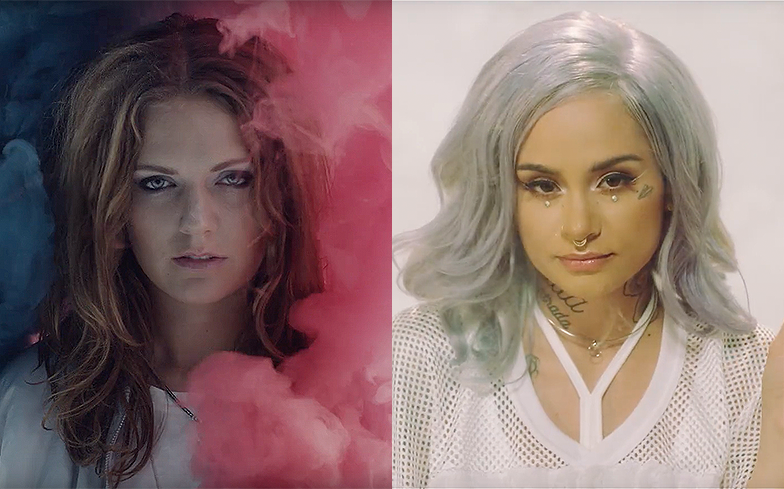 Get ready for one of the biggest celebrations of everything LGBTQ as LA Pride have announced a stellar line-up for their 2018 festival.

Swedish pop superstar Tove Lo, and American hip-hop princess Kehlani, have both been confirmed to headline this year’s LA Pride. The festival will take place 9 and 10 June at Park Stage.

Festival organiser Gregory Alexander told Billboard: “Kehlani and Tove Lo are two of the most daring women in music today. We’re excited to see how they’ll lead the raw and authentic voice of this year’s festival.”

Kehlani – who identifies as bisexual – has spoken about her sexuality various times throughout the years.

The 22-year-old’s debut album – SweetSexySavage – received acclaim from critics, and charted at number three on the Billboard 200. The record spawned the singles Crzy, Keep On, and Distraction, the latter of which garnered the R&B star a Grammy nomination.

Like Kehlani, Tove Lo has been open about her sexuality, telling OUT: “I see myself as bisexual, but I’ve never actually had a relationship with a girl.”

She’s also a huge supporter for the LGBTQ community, telling fans: “Our society is so driven by gender roles that [many] feel [they] have to fit in somewhere, so I hope that no matter what your heart is telling you, that’s what you should listen to. Be you, don’t be ashamed and don’t apologize.”

Tove Lo’s first two studio albums, Queen of the Clouds and Lady Wood, both charted in the top twenty of the Billboard 200, and her third album spawned the infectious, disco-inflected anthem, Disco Tits.

The theme for this year’s LA Pride is #JustBe, which aims to encourage people to live their authentic selves.

Shayne Thomas – CSW board member – said: “Everyone experiences Pride a little bit differently and we wouldn’t want it any other way because that’s precisely what makes our community tick.”

“#JUSTBE is a deeply personal invitation for self-expression that, we hope, will empower members of the LGBTQ+ community — as well as our very important straight allies — to embrace, embody and express what Pride truly means to them in the rawest, most authentic ways possible.”