Yaaas! This American Idol contestant returned in drag and slayed the judges 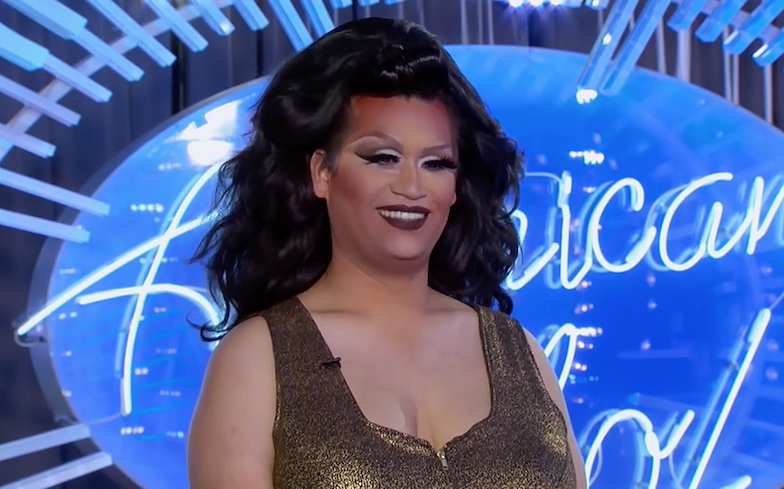 A former American Idol contestant has sashayed back into the competition as his fierce AF drag persona, and we are seriously gagged!

24-year-old Adam Sanders was rejected during the series’ 12th cycle back in 2013, and has returned to the reality show as his sassy, glamorous alter-ego, Ada Vox.

The star revealed to the judges that after his elimination from the top 50, he was bullied for his size and sexuality, which “killed” him inside.

“It killed me almost as much as the people who were telling me that I should kill myself,” he said.

He continued: “Through all of the negativity, I have managed to build myself up as a new person, a stronger person. I have recreated myself in ways that I could not have imagined. I am so ready to show everybody, to show all of America, to show these judges, who I am now, and I can take anything and everything that comes my way.”

Vox then slayed the mother-tucking house when he performed a stunning rendition of House Of The Rising Sun by The Animals.

Lionel Richie praised Vox’s artistry: “We’ve had a lot of artists come on here, talented, but a bit confused. What you are giving us is a clear understanding of who you are, coming in with an amazing amount of talent.”

Watch the incredible performance below.