Halleloo! Shangela is playing Lady Gaga’s drag mother in A Star Is Born 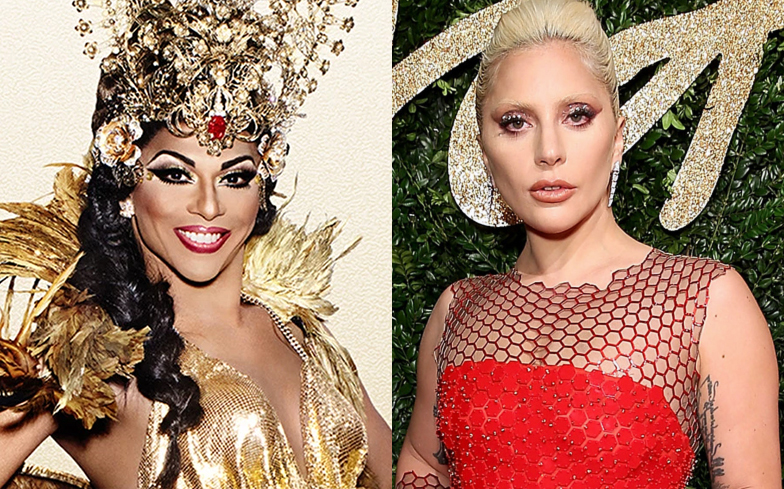 In an interview with Billboard, RuPaul’s Drag Race legend Shangela Laquifa Wadley revealed that she will be starring alongside Lady GaGa in the upcoming remake of A Star Is Born.

“I’m in drag, I’m kind of Lady Gaga’s drag mother, a bar owner. I can’t give much more away than that,” she said.

“But it’s gonna be really fun, it’s not a giant role but it’s a good role that’s memorable. I’ve heard from a lot of people on the team I’m going to be very happy. So between now and the end of the year, let’s hope nothing ends up on the cutting room floor. But I’m very, very excited.”

Shangela also said it was a “dream come true” to work with Lady Gaga, and had nothing but praise for her work ethic: “When you look up to someone, idolize them, and their journey and experience and how they work, and then you get to work with them and see they’re everything you dreamed.”

She added: “She was everything I had ever dreamed she would be. Professional, kind, funny.”

Condragulations Shangela! Can we get a ‘halleloo!’ up in here? The movie, about an aspiring singer-songwriter and her rise to fame, will see Gaga take on a role previously made famous by musical icons Judy Garland and Barbra Streisand.

It will be Gaga’s first major movie role, following on from her Golden Globe-winning performance in popular TV show American Horror Story and small cameos in flicks including Muppets Most Wanted and Machete Kills.

She’ll be starring alongside Bradley Cooper, who will also make his directorial debut with the movie.

Shangela recently competed on the third season of RuPaul’s Drag Race All Stars, where she came in joint third/fourth alongside Bebe Zahara Benet. She lost out on the coveted title of America’s Next Drag Superstar to Trixie Mattel, in a controversial and gag-worthy finale.

If you can’t wait for Shangela’s soon-to-be iconic performance in A Star Is Born, you can catch her in the shequel to Hurricane Bianca – From Russia with Hate – which is due for release on 18 May.

Oh, and she’s just released a killer new dance anthem – Pay Me feat. Ryan Skyy – and a music video is on the way later this year.