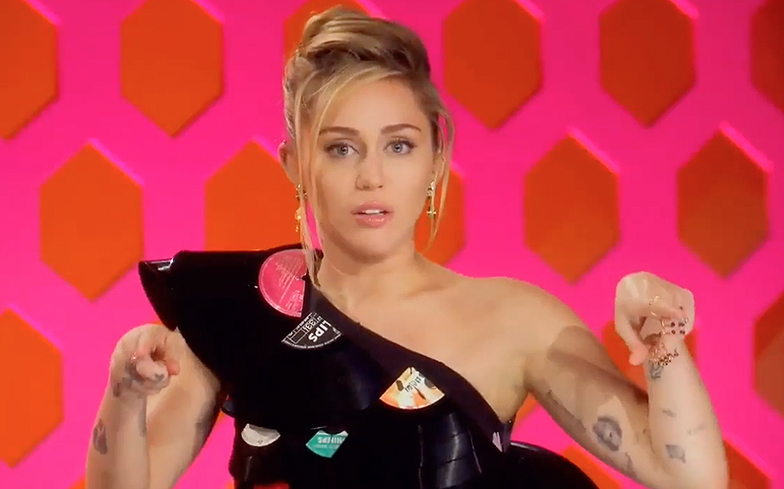 Miley Cyrus has been confirmed as the first guest judge for RuPaul’s Drag Race season 11.

Her participation in the highly-anticipated season was just announced on the show’s official Twitter page, one hour after the American singer-songwriter tweeted that she had something “sickening” to reveal.

The announcement was accompanied by a new teaser – which shows off a gag-worthy new lewk from Mama Ru – along with Miley, who asks the audience: “Are you freaking out? Because I am freaking out!”

You can watch Miley Cyrus get “dragged into the RuPaul’s Drag Race phenomenon” 28 February on VH1.

Watch the ah-mah-zeng new trailer below.

It's go wig or go home, and we are absolutely losing our wigs over @MileyCyrus joining the premiere episode of #DragRace Season 11 THURSDAY Feb 28th at 9/8c on @VH1!! 🙌 pic.twitter.com/6IpP8b1HpI

The 11th season of Drag Race is presumed to debut on Netflix UK the morning after it premieres in the US, just like the ninth and 10th seasons. However, this is yet to be confirmed, so don’t take our word for it…

“Just when I think to myself – ‘shedonealreadydonehadherses’ – a new crop of killer queens sashay their way into my heart and leave me gagging for more,” RuPaul previously said of the season.

“Dare I say, this might be the most sickening season of all time.”

Check out each queen’s profile here and watch the first official trailer for season 11 below.