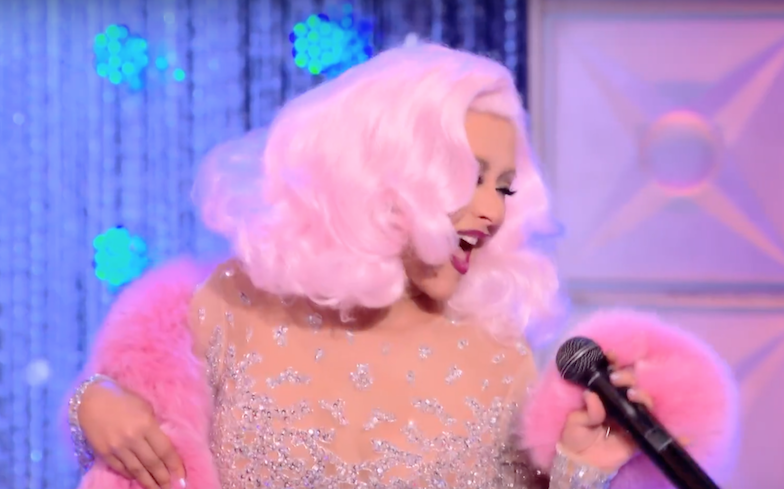 Christina Aguilera – Princess of Pop, Legend X, The Voice of a Generation etc – has been announced as the first guest judge for the tenth season of RuPaul’s Drag Race, and we are truly gagged heeeeennnies!

In the promo video, the Grammy Award winning icon flaunts her legendary vocal prowess as she hits Ru’s infamous runway, whilst displaying some gag-worthy pink locks.

The voiceover informs fans: “Only one Drag Race judge is perfect for season 10!”

We really didn’t think they’d be able to top GaGa, but they may have just done it…

Throughout Xtina’s career, she’s sold over 75 million records – making her one of the best selling artists of all time – won five Grammy Awards, and a star on the Hollywood Walk of Fame. She’s also had five number ones on the Billboard Hot 100.

However, she has been missed from the music industry as of late. Her last studio album – Lotus – was released in 2012, meaning we’ve not been blessed with a new Xtina album in six years.

Hopefully, her appearance on RPDR means a new album is imminent…

RuPaul’s Drag Race season 10 premieres 22 March, one week after the finale of All Stars.

In a statement, RuPaul said: “To celebrate a decade of Drag Race we’ve pulled out all the stops. The queens, the challenges and the shenanigans are off the mother-tucking charts.

Because we’re ah-mah-zeng, we compiled a list of everything you need to know about RuPaul’s Drag Race season 10, including the 14 queens who will sashay, shantay and panther on that mother-tucking runway.

While we *patiently* wait for the premiere, listen to Xtina’s biggest banger below. Please Ru, give us that Dirrrty lip-sync we all need…