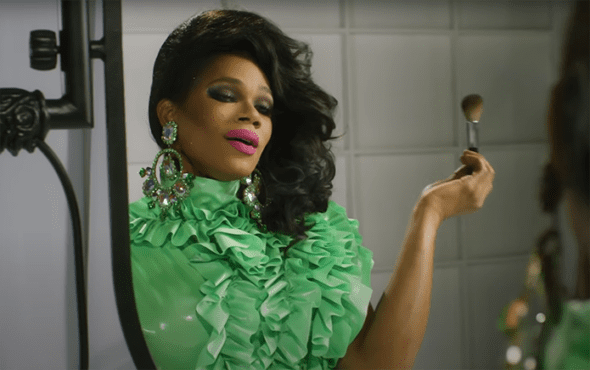 Chi Chi was originally cut from the video after not making it to the top three of RuPaul’s Drag Race.

World of Wonder have honoured Chi Chi DeVayne by re-releasing the video for RuPaul’s song The Realness, this time featuring the late star.

Chi Chi was originally cut from the video due to the format of the competition, where the top four queens recorded the music video but only the top three queens made the final cut.

Chi Chi, whose birth name was Zavion Michael Davenport, sadly passed away in August at the age of 34 after being hospitalised due to health problems. The beloved queen had been hospitalised earlier in the year due to high blood pressure and suspected kidney failure.

Her family confirmed the star’s passing in a post on Instagram, saying: “It is with tremendous sorrow that my family and I announce the passing of my beloved son, Zavion Michael Davenport, the world renowned ‘Chi Chi DeVayne. His final words to his family and fans, ‘Never give up!””

Tributes poured in from fellow Drag Race including Kennedy Davenport, The Vixen and Bebe Zahara Benet, and heartbroken fans from all around the world.

In a statement via the RuPaul’s Drag Race Instagram account, RuPaul said: “I am heartbroken to learn of the passing of Chi Chi DeVayne. I am so grateful that we got to experience her kind and beautiful soul. She will be dearly missed, but certainly not forgotten. May her generous and loving spirit shine down on us all”.