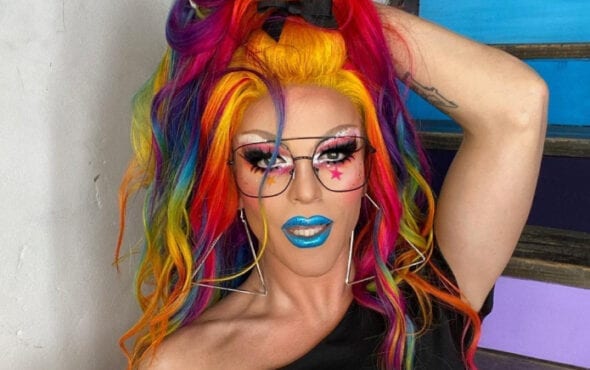 Willam has shared her promo look for the sixth season of RuPaul’s Drag Race All Stars.

To coincide with the show’s double premiere, the legendary entertainer showcased her spin on the sunshine theme and sorta launched bid for an All Stars comeback in the process. She wants it, the fans want it, so where’s the disconnect here?

In her caption, Willam wrote: “This is my promo look for a brand Ru day if they woulda asked me to be on their game show this time around. I’m gonna do all the runway looks and challenges on my YouTube cuz so many of you want me on the show again so this is my way of doing it.”

The star continued to say that she’s a “troll” and the franchise will “never be able to deny me my roses”. As one of the most iconic entertainers in the herstory of the Emmy-winning series, the lack of Willam on All Stars is… questionable.

In the eighth episode, the star made history as she became the first contestant to be disqualified from the series due to “conjugal visits” from her husband. In a tweet to Leslie Jones in 2019, however, Willam revealed it was because she slept with the producer from Untucked (more on that here).

Since appearing on the show, Willam – who had a fruitful career in television prior to her Drag Race stint – has gone on to appear alongside Lady Gaga and Shangela in 2018’s A Star Is Born, and was nominated for a Daytime Emmy Award for her performance in the LGBTQ+ drama Eastsiders.

Check out Willam’s planned promo look for All Stars 6 below.

The sixth season of All Stars premiered 24 June on Paramount+ in the United States, and WOW Presents Plus and Netflix in other territories, including the UK.

All Stars 6 boasts the largest cast in the spin-off’s herstory, with 13 contestants returning for a second – and in some cases, third – shot at the crown.

Like past seasons, the champion receives $100,000 doollahz and will be inducted into the Drag Race Hall of Fame, where they will sit alongside royalty such as Chad Michaels, Alaska, Trixie Mattel, Monét X Change, Trinity the Tuck and Shea Coulée.