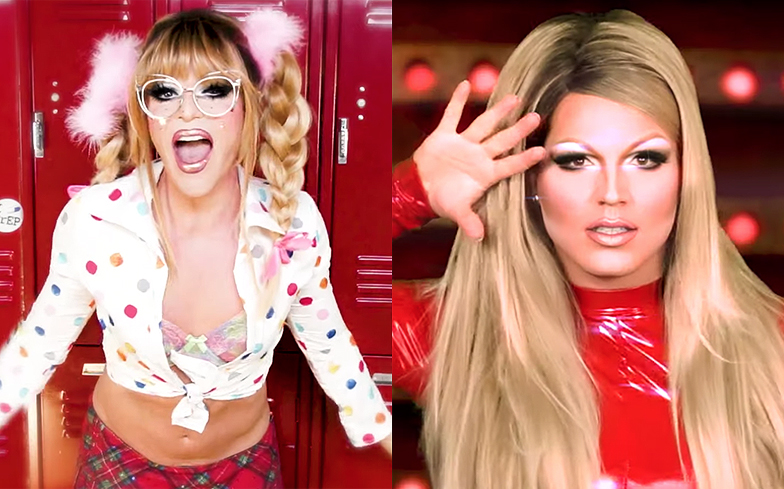 “Oh Derrick Barry, how were you supposed to know, that no one died at Stonewall?”

As well as his Beatdown videos and a legendary appearance on RuPaul’s Drag Race, Willam has made a career out of hilarious parody songs like Not A Pearl, RuPaulogize and of course the DWV girl group hit Boy Is A Bottom.

His latest release takes aim at Derrick Barry, who [spoiler alert] was sent home first on last week’s episode of Drag Race All Stars 5, as he changes the lyrics of Britney Spears’ single (You Drive Me) Crazy to be about the Vegas queen.

“Oh Derrick Barry, how were you supposed to know, that no one died at Stonewall?” she asks at the start, referring to this iconic moment in Drag Race herstory, before joking at the breakdown, “Stop!… doing impressions girl.”

Instead of buying the song, Willam has asked that fans donate to Black Lives Matter to help the movement’s mission of eradicating white supremacy and challenging violence against Black communities.

Watch the music video here or below.