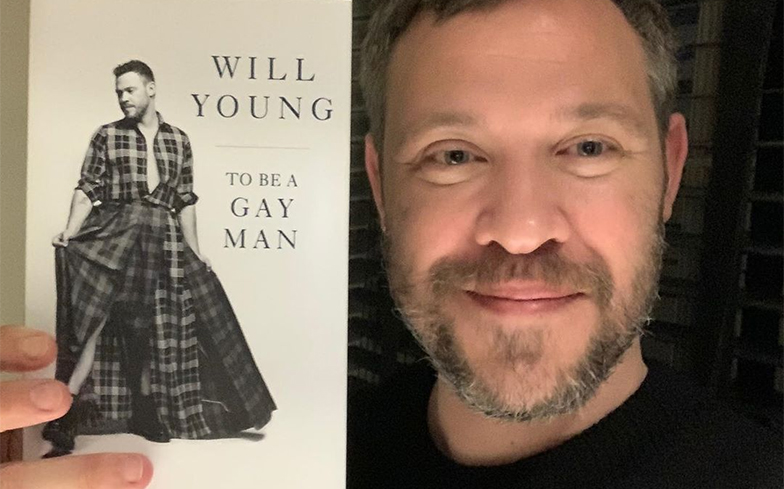 Will Young has revealed the cover of his new book To Be A Gay Man.

The multi-platinum recording artist’s first book will see him open up about his battle with ‘gay shame’ and reveal the impact it had on his own life, how he learned to deal with it, and how he can now say he is gay and happy.

“Will revisits the darkest extremes he has been to, sharing his vulnerabilities, his regrets, tracing his own navigation through it all and showing the way for others who might have felt alone in the same experience,” reads the book’s synopsis.

“Here you will find a friend, champion and mentor, breaking taboos with frank honesty, and offering invaluable practical advice on overcoming the difficult issues too often faced within the LGBTQ+ community.”

Today, he’s revealed the black-and-white cover of the book, which sees him pose in a tartan dress, in a post on Instagram.

“I keep coming back to gay shame because it’s such a fundamental thing. We are told that as soon as we come out everything will be OK, but it’s just not the case,” he said.

“There’s a climate of shame that LGBTQ+ people have to grow up in, where you’re constantly, consciously and subconsciously, being told you’re wrong. We need to break down the stigma and recognise that we all have our differences and we love different people.’

When he covered Gay Times Magazine last year, Will admitted that navigating a career in mainstream music while being open about his sexuality hasn’t always been an easy journey for him.

“I think I was really ashamed of it to be honest,” he recalled. “I’d say that 75% of that was my own stuff, and then getting older and being more confident, that’s naturally just going to come out in anything that I do creatively.

“I would also say that if I look back on how it was – even 10 years ago – there was no nurturing for it. Some of that shame was also people repressing me. If someone would ask about a boyfriend, the PR would step in and be like, ‘No!’

“I was very angry about that for a few years. I dealt with it and actually met up with an old person who used to do my press and was like, ‘I need to tell you this because this is what was going on and I’m quite angry about it now to look back on it.’ She took it really well. It wasn’t easy at all.”

Related: Will Young is now playing the pop game on his own terms