Will Young confronted “s**tbag” Piers Morgan over comments on PTSD 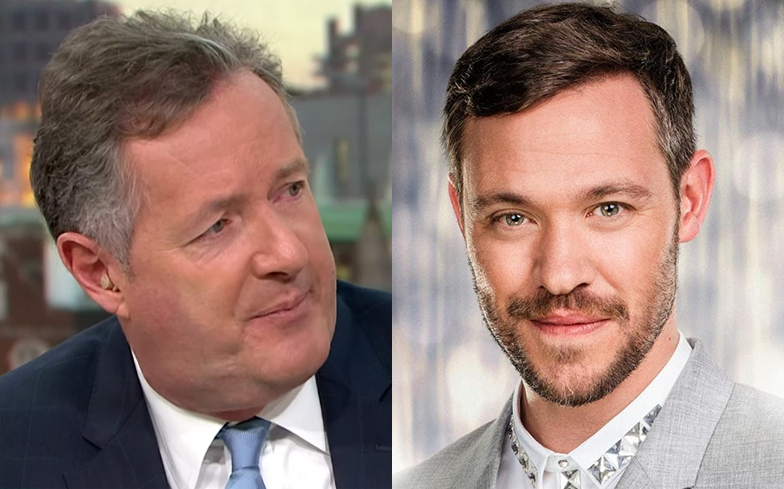 “I grabbed my mum’s hand and sashayed into the flower show.”

Will Young has told Sunday Times Magazine that he confronted Good Morning Britain host Piers Morgan over his comments on the pop singer’s PTSD diagnosis.

Young revealed he suffers from the anxiety disorder in 2016, after withdrawing from series 14 of Strictly Come Dancing.

Piers Morgan then took to Twitter, claiming that the singer was actually suffering from “whiny needy twerp syndrome.”

Will Young does not have PTSD.
He has WNTS – Whiny Needy Twerp Syndrome. https://t.co/to792xUSul

He proceeded with asking whether “Seriously, is there any celebrity left in the world not currently suffering from PTSD?” and argued that the term had become “massively overused” and it “damaged focus for those with real issues.”

Young said he was angered by Morgan’s comments and was terrified when he first saw him at the Chelsea Flower Show, but revealed: “Then I was like, I’m not letting that s**tbag walk away without telling him”.

He walked up to Morgan with his mother. The TV presenter described the pair as having “a right old English barney, trying to explain the definition of trauma, refusing to shake each other’s hands and so on…”

The discussion between the two escalated when they started trying to one-up each other with their relatives’ traumatic pasts: Morgan bringing in his brother who served in “actual wars” and Young replying with both his grandfathers suffering from PTSD.

But when Morgan addressed the pop star’s parents, saying how sorry he was for them that their son had turned out the way he was, Young grabbed his mum’s hand and “sashayed into the flower show.”

Will Young’s new album Lexicon will be released on 14 June.

Related: Will Young channels gay tributes in new All The Songs video.