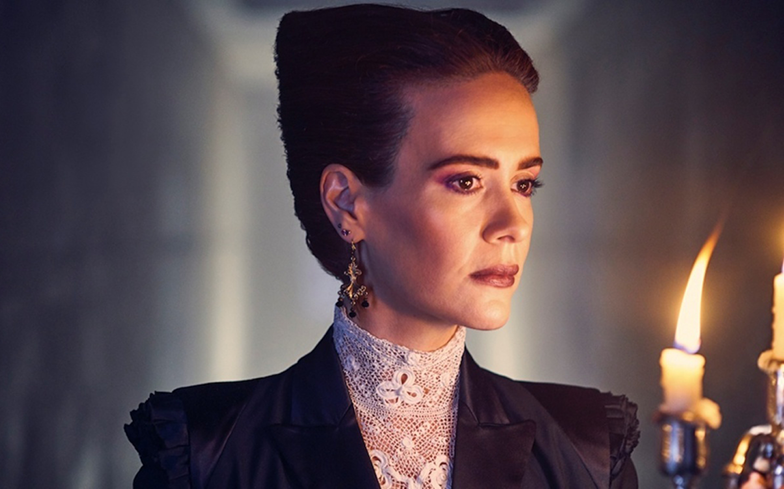 Although the current season of American Horror Story has received praise for its usual combination of camp and horror, and for paying homage to iconic slasher film of the 80s/90s, fans have sorely missed original cast member Sarah Paulson.

The Golden Globe-winning actress appeared in a regular capacity for the show’s first eight seasons and won universal acclaim, earning five Primetime Emmy Award nominations (without a win – can you believe?).

Earlier this year, the star revealed she had declined to return for 1984, which was met with disappointment from fans.

However, it looks like her sabbatical from the show will be short-lived. In a new interview with TV Guide, Paulson was questioned on whether she would return to the series, to which she responded: “It’s hard not to be a part of it.”

She explained further: “I would love to [return for Season 10]. I need to be a part of it again. I would like to do something with Evan [Peters]. I miss Evan and I miss acting with Evan. So I’d love to have that experience again. If he’ll come back, I’m back.”

Despite initially teasing fans with a cameo appearance in 1984, Paulson said last week that she wouldn’t appear in any capacity.

According to The Hollywood Reporter, she was speaking at the 2019 New Yorker Festival when she confirmed that she wouldn’t be making an appearance – not even a brief cameo. Bring on season 10 then?

At the celebratory bash for the horror anthology’s milestone 100th episode at the Hollywood Forever Cemetery, series creator Ryan Murphy told Variety that he has “a week” to decide the theme of the show’s next season.

“I always have the next season decided by Halloween, so I have a week. But now I’m sort of dealing with two ideas and I lean towards whichever is more in my brain right now,” he explained.

“Every season has a runner-up idea, but the runner-ups have never made it on screen. I’ve never gone back to the second choice, although I should. Sometimes the choice just pops into my brain. I can’t explain it.”

Murphy said the 10th season is the last season that has been ordered for American Horror Story. However, when he was shooting the fifth instalment, Hotel, he realised that the show “is so beloved that maybe it could keep on going”.

“And now in its ninth season, in terms of worldwide… it’s one of the most popular shows in the world, so I will continue to have an appetite to do it as long as John wants to do it,” he explained. “So, we have been talking about should we end it?

“Or should we keep moving forward? But I hope we can move forward.”

The next episode of 1984 airs this Wednesday in the United States on FX. It will premiere one day after in the UK on Fox.