How will the latest shock exit from Drag Race All Stars 3 affect the winner? 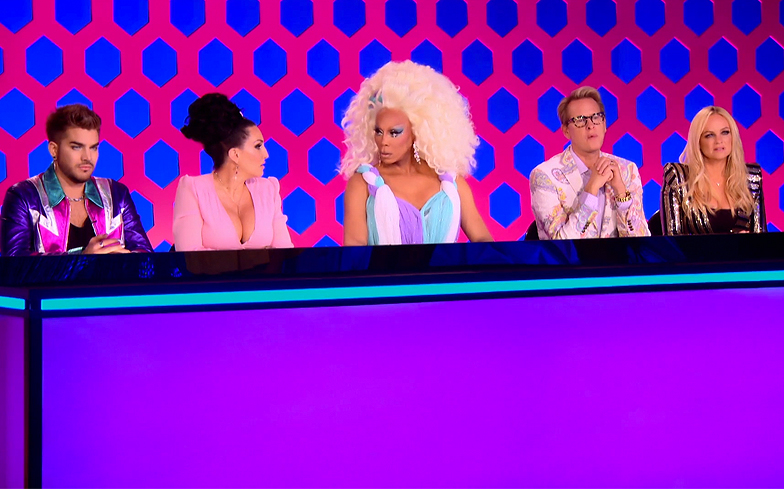 If you’ve not seen the latest – and quite frankly one of the most shocking – episode of RuPaul’s Drag Race All Stars 3, then click away now because all of the T is about to be spilt.

Oh Miss. Ben! What have you done?

Before we go in on the craziness of the latest episode, let’s give ourselves a quick Ru-cap of how the instalment played out.

This week, the top five formed a new pop group called the Kitty Girls, each delivering a fierce verse on their debut single Drag Up Your Life. The gag? The five eliminated queens returned to form a rival band to perform their single Sitting On A Secret, in front of an audience consisting of RuPaul, Michelle Visage, Carson Kressley, Adam Lambert, and actual Spice Girl, Emma Bunton.

The top five girls won the challenge, with Bebe Zahara Benet and BenDeLaCreme emerging the strongest members and having to lip sync for their legacy.

But not only would they have to decide which of the three remaining queens would have to go home, they would also have the power to bring one of the eliminated girls back.

In what will be a head-scratcher for years to come, the two top queens lip synced to Nobody’s Supposed To Be Here by Deborah Cox instead of any of the Spice Girls’ immaculate hits. Our chance to see BenDeLaCreme mimic Mel B’s cackle at the start of Wannabe was snatched from us forever.

BenDeLaCreme emerged victorious, and after being visibly shaken by the decision-making process in the lounge backstage, decided to turn the whole competition on its head. She first righted what she considered one of her earlier wrongs by bringing Morgan McMichaels back to the competition. Yes, Aja was sorely robbed, but we can understand DeLa’s thinking here.

But then came one of the most shocking moments in Drag Race Herstory. Instead of eliminating one of the remaining three queens, BenDeLaCreme chose to take herself out of the competition.

That’s despite winning five of the six challenges in the competition so far, and being routinely praised by Ru and the rest of judges.

If we’re going to use Shangela logic here, it’s the equivalent of Daenerys jumping off her dragon to her death towards the end of the battle for Westeros, just as she’s about to clinch the Iron Throne.

Miss. Ben took her own fate into her own hands, and decided to end her time on the show on her own terms.

Her reasons are all admirable; she feels like being so successful in the series so far has given her the validation she needed. She’s also walking away with $25,000 from the challenges she won, which isn’t too shabby.

Ben was quick to reassure Ru that her decision meant no disrespect towards her or her show, but that she wanted to remain true to her own conscience.

In a message to fans following the broadcast of the episode, Ben added that the experience gave her “the opportunity to share what I believe to be the spirit of drag: Lead with your heart, and if you don’t like the rules, make your own.” Reaction following the unexpected elimination has largely been positive towards DeLa, with her being dubbed BenDeLaChrist for her holy sacrifice.

In some way it also places Ben above the show, giving her a legacy of the winner that should have been.

If Jesus Christ died by getting trampled on by a donkey instead of being crucified on a cross, his message to all of humankind at the end probably wouldn’t have had the same impact.

Ben has unofficially put herself into the Drag Race Hall of Fame in a way that no other contestant has managed to do before.

But what does this mean for the remaining queens – particularly the one who will go on to be crowned at the end of the series?

In some ways, it now feels like the five remaining girls are battling it out for a silver medal.

Whoever wins runs the risk of forever having a * next to their name with small print suggesting that, technically, BenDeLaCreme gave the crown away. Going into the final two episodes of the season, Ben has effectively stormed into Shangela’s Game Of Thrones-style map room and kicked all the pieces off the table.

BenDeLaCreme was a very clear competitor for the crown, and now that position has been completely opened up for the remaining queens.

As it currently stands on track records, Bebe and Shangela have two wins each, but Bebe has never been in the bottom.

Morgan’s been eliminated and then brought back, so her presence going forward will to be cause shit, rather than steal the crown.

The race, to some extent, as been evened. The only problem is, because BenDeLaCreme’s performance throughout All Stars 3 has been consistently strong, the eventual champion may be looked at as one of the least deserving winners as a consequence.

By taking herself out of the running, BenDeLaCreme has inadvertently tainted the crown. It may not be on her head, but her fingerprints are all over it.

This is, however, All Stars 3, and nothing is ever set in stone. We’re sure there are plenty more twists to come yet, henny.