Will Juno Birch appear on Drag Race UK? Here’s what she told us 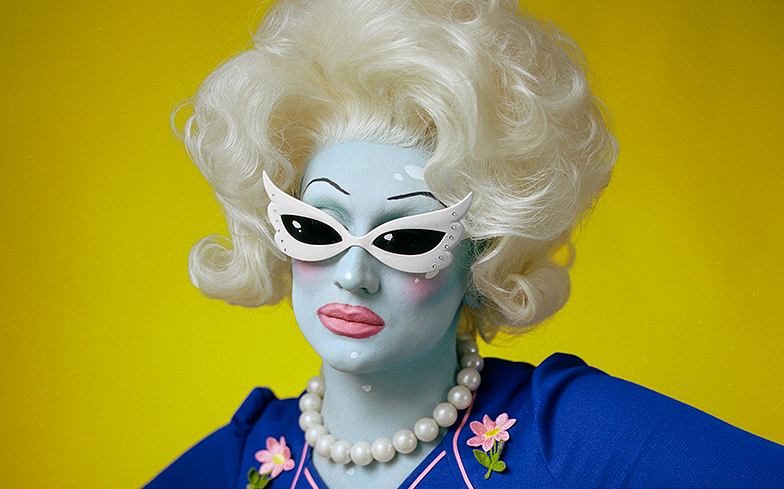 “I’d go on to take the utter piss because that’s more fun to watch.”

Juno Birch has revealed whether she’ll audition for an upcoming season of Drag Race UK.

For the latest issue of GAY TIMES, we spoke with the Sheri Ann Cabot of drag about her trans journey and asked if she’ll bless British audiences with her unique, Smurf-esque aesthetic on the highly-anticipated series.

She told us: “Not at the moment because I am so bad at sewing. I cannot make clothes at all. I feel like if I went on it, it would just be a comedy because I wouldn’t be able to dance, I wouldn’t take it seriously.”

Juno said if she ever did sashay into the werkoom, she’d “take the utter piss because that’s more fun to watch”.

“Possibly in the future, but definitely not at the moment because I don’t feel like I’m as experienced in the drag community, and there’s more room for people who have been working in the industry for a lot longer than me,” she continued.

“Usually the people who have been working in the industry for many years are the best people to put on Drag Race because they’re the old, campy, bitchy queens who stir up drama and don’t give a fuck what people think of them.”

The Manchester-born performer also revealed how she came to terms with her trans identity.

“When I transitioned as a kid, I thought, ‘I just want to be a biological woman. I don’t want to be trans. I’m a woman.’ I didn’t want anything to do with the LGBTQ community,” she said.

“I realised trans is beautiful, and being an alien is beautiful. Being trans was an insecurity, and now it’s something I’m really proud of. I’m glad that I’m trans because it’s what makes people beautiful.”

The first season of Drag Race UK is scheduled to premiere this October on BBC Three.

We recently rounded up everything you need to know about the British spin-off – see here.

Related: Here’s where you can watch RuPaul’s Drag Race UK in the United States and Australia.