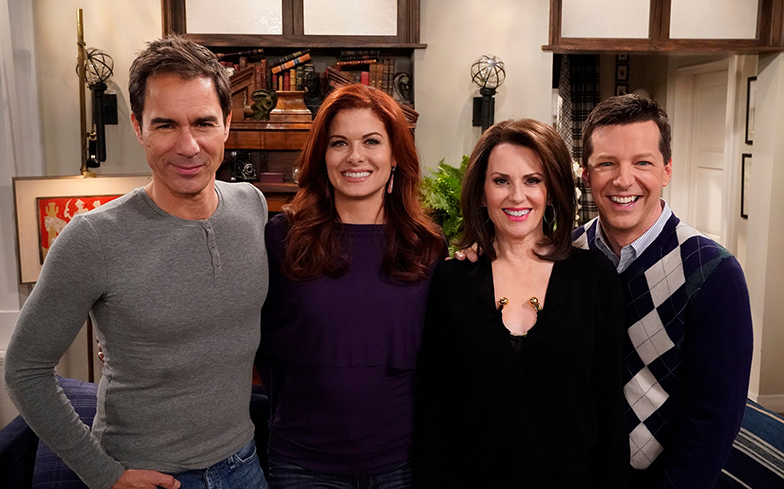 “Some things come to a natural end.”

NBC Chairman Paul Telegdy has denied that Will & Grace is ending because of a feud between two of the show’s stars.

Last year, rumours swirled online that there was a rift on set between Debra Messing (Grace) and Megan Mullally (Karen). Fans later noticed that the two had unfollowed each other on social media and were rarely pictured together.

In October, it was reported that Mullally has taken a leave of absence from the series and will be missing for two episodes.

When asked about the rumours, Telegdy told TV Line: “Some things come to a natural end. [Series creators] Max [Mutchnick] and David [Kohan] told the story they wanted to tell. Just wait for the finale. It’s epic; it ties together so many threads.”

Telegdy went on to say that Will & Grace will be “coming to a great, natural end”.

Last year, US Weekly asked Eric McCormack (Will) about their alleged feud, to which he responded: “It seems crazy. It is crazy! I think people worried about that entirely too much. The four of us get along like a house on fire, we always have.”

Of the show’s end, McCormack explained: “We want to make sure that it ends up properly, that we go out on top, that it never gets sort of lost in the shuffle. So it’s going to go big. It’s going to go out in a way that I’m really going to be proud of.”

The 11th and final season of Will & Grace premiered 24 October.

Will & Grace airs every Thursday on NBC.