Widow Von’Du has an important message for Drag Race trolls 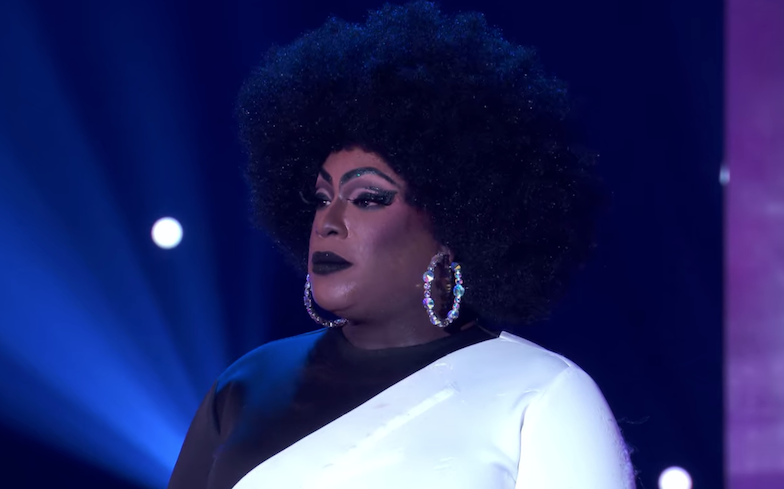 “I definitely received some online hate, which isn’t what I planned for.”

On last week’s episode, the Missouri-born performer became the seventh queen to sashay from season 12 after failing to impress the judges in a presidential debate to determine who would be crowned America’s First Drag Queen President.

Despite leaving audiences slain week after week thanks to her jaw-dropping dance and rap numbers, and in tears due to her emotional backstory, the Widow Von’Du has become the latest queen to be targeted by online trolls.

“I definitely received some online hate which isn’t what I planned for,” she tells Gay Times shortly after her elimination, which begs the question: do fans completely skip the part of the show that promotes love and inclusivity?

Over the years, several queens of colour such as Silky Nutmeg Ganache, Asia O’Hara, and more recently, Brita, have received racist comments online and death threats – with some even threatening the lives of their families.

Widow’s message for these so-called ‘fans’ is: “If you have something mean to say about someone who is on TV, you should try and put yourself in their shoes and think about what their mindset might be before spreading online hate.”

Widow adds: “I got to show my talents as an entertainer. I am sad that I was unable to make it to the final four dance but I am proud that I was able to serve some sickening looks and help redefine how big girls shape their bodies on the runway.”

So what does the future hold for the legendary performer? Will she follow in the footsteps of past queens and sashay back into the werkoom for All Stars? She says: “I mean, are you asking? Put me in coach, I am ready!” So are we…

Star Wars actress Daisy Ridley will make her debut on the judging panel.

Related: We asked Michelle Visage everything a Drag Race superfan wants to know.